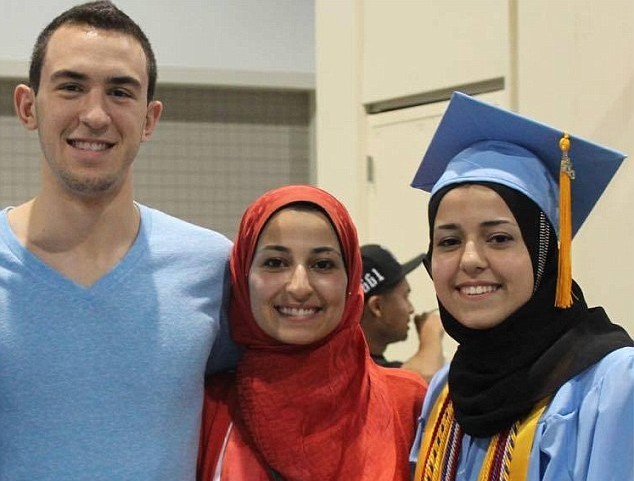 Washington: Three young Muslim people were fatally shot in an apartment complex near the campus of the University of North Carolina in Chapel Hill, authorities said Wednesday.

Barakat was a second year student at UNC’s dentistry school and his wife planned to enroll there in the fall, the university said.

Both Barakat and his wife were graduates of North Carolina State University where Razan was a sophomore studying design.

North Carolina capital Raleigh’s WRAL.com said Chapel Hill police were looking into the possibility that Tuesday evening’s shooting resulted from a long running dispute over parking at the apartment complex.

Pending definitive information on the motive, the Council on American-Islamic Relations (CAIR) urged authorities to consider whether anti-Muslim sentiment may have played a role.

“Based on the brutal nature of this crime, the past anti-religion statements of the alleged perpetrator, the religious attire of two of the victims, and the rising anti-Muslim rhetoric in American society, we urge state and federal law enforcement authorities to quickly address speculation of a possible bias motive in this case,” Nihad Awad, CAIR’s national executive director, said in a statement.

Hicks’ Facebook page includes the banner “Atheists for Equality” and statements critical of religion, while a recent photo of the three victims shows the two women wearing headscarves.