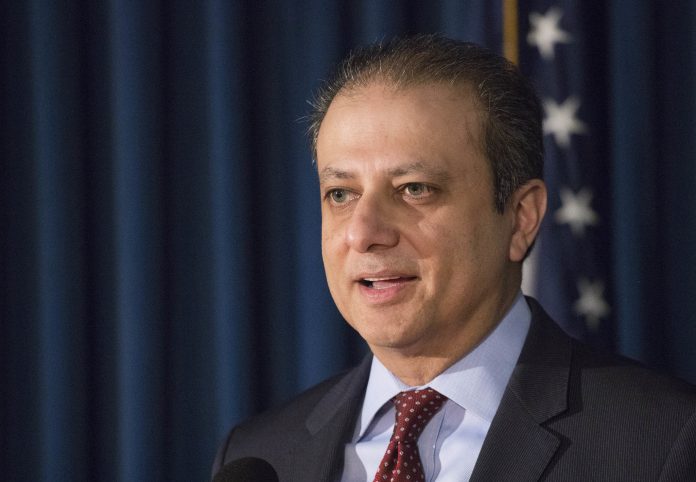 New York: Indian-American prosecutor Preet Bharara who was fired by Donald Trump’s administration in March, has said that said there were “absolute evidence” to begin a case for obstruction of justice against the President, the media reported.

The former US attorney for the Southern District of New York made the remarks in an ABC news interview on Sunday night when asked whether he believed that there was enough evidence for a case claiming that Trump tried to obstruct the Federal Bureau of Investigation (FBI) probe into former national security adviser, Michael Flynn’s ties with Russian officials.

“There is absolutely evidence to begin a case for obstruction of justice by Trump,” Bharara said in his first television interview since being fired by Trump in March.

Bharara was in office until March when he and 45 other US attorneys remaining as holdovers from the former President Barack Obama’s administration were asked to step down.

Bharara, a friend and former colleague of James Comey — the FBI director fired by Trump in May — attended the Senate Intelligence Committee hearing on June 8 when Comey testified about conversations he had with the President about the agency’s overall Russia investigation and its probe into Flynn.

Bharara said in the ABC News interview that watching how Comey’s interactions with Trump and how his firing played out “felt a little bit like deja vu”.

The Indian-American said Trump, when he was still the president-elect, made a series of “unusual phone calls” to him.

“In reporting the phone call to the chief of staff to the attorney general I said, it appeared to be that he was trying to cultivate some kind of relationship,” Bharara said.

“It’s a very weird and peculiar thing for a one-on-one conversation without the attorney general, without warning between the president and me or any United States attorney who has been asked to investigate various things and is in a position hypothetically to investigate business interests and associates of the President.”

After Trump took office, Bharara refused to take one of Trump’s calls.

“The call came in. I got a message. We deliberated over it, thought it was inappropriate to return the call. And 22 hours later I was asked to resign along with 45 other people,” Bharara said.

“To this day I have no idea why I was fired,” Bharara added.

‘Sidhu’s new political front will have no effect on AAP’