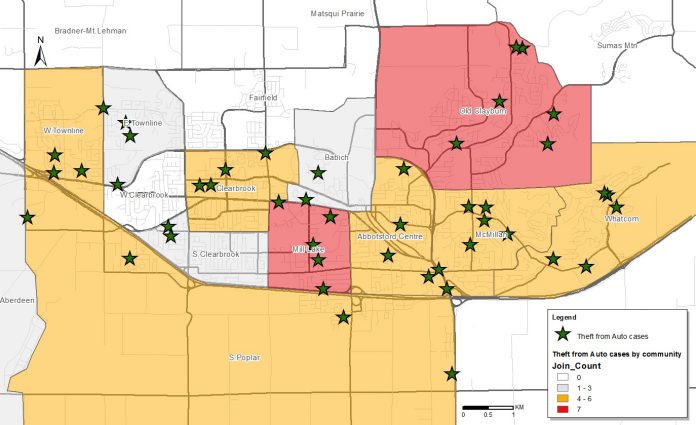 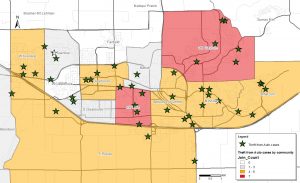 Abbotsford: Currently the overall crime rate in Abbotsford is declining in 2017 compared to 2016. While that can be attributed to declining numbers in most categories, one area that is going against the trend is Theft from Autos. In fact, this crime category has seen a significant spike when compared to 2016.

From January 1 to May 21, 2017 there have been 859 reported Theft from Auto incidents. That compares to 794 during the same period last year. That represents an 8% increase. This is in stark contrast to the fact that overall property crime is down more than 5%. April and May 2017 numbers are the most alarming in that they are some of the worst we have seen in recent years. April 2017 had 207 reports of Theft of Auto which was the highest month in the past year. The first 3 weeks of May 2017 have not been good either. There have been 182 reports from May 1 to May 21, 2017, compared to 123 in the same time period of 2016. That represents a 48% increase.

Here is the good news – most of these thefts are preventable.  Many vehicles are still being left unlocked.  Even more vehicles are being left with valuables inside. That is until the thief shows up.

The Abbotsford Police Department is increasing patrols and targeting prolific criminals. Bait cars and bait merchandise has been deployed in some of the harder hit areas of the city. Those police responses in combination with owners making a concerted effort to lock their vehicles and remove valuables can reverse this trend.