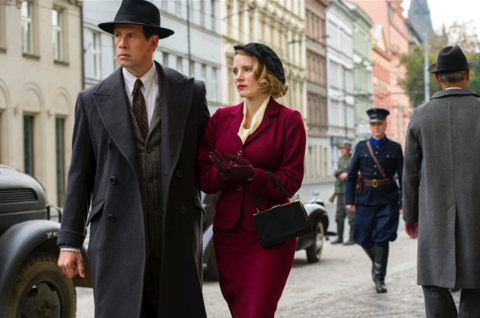 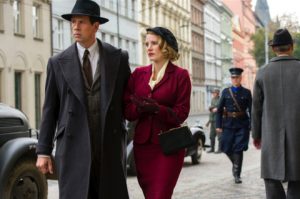 Blessed be those who help others. True heroism is shown behind an army of evilly The Zookeeper’s Wife. Cut for the same cloth as Steven Spielberg’s Schindler’s List this true tale from Elevation Pictures is now reconfirming faith in the human spirit at the Fifth Avenue and International Village Cinemas and participating Cineplex Theatres around B.C.

And what a transformation leading lady Jessica Chastain makes. Hot off her impressive work as a hit Washington lobbyist Ms. Chastain transforms into the wife of a zoo keeper inside Warsaw Poland. Respected by one and all, nature lovers and locals alike, the Gentiles become embroiled in the war effort when their Jewish friends become prey to the German feeding frenzy as Hitler’s war machine moves into high gear.

Unwilling to stand by the two righteous soles concoct a brilliant scheme to try to save Jewish prisoners right from under the noses of the authorities. Uncomfortable moments abound as the atmosphere here, zeroing in on the fight for survival against their ominous oppressors is truly gut-wrenching. How far one will go to save a friend or stranger is put to the test as this caring couple engage to the new German overseer of this wild kingdom played meticulously well in a sly sort of way by Daniel Bruhl.

Smart, painful to revisit and full of palpable tension The Zookeeper’s Wife is all, about the struggle to survive. Put simply it should not be missed.