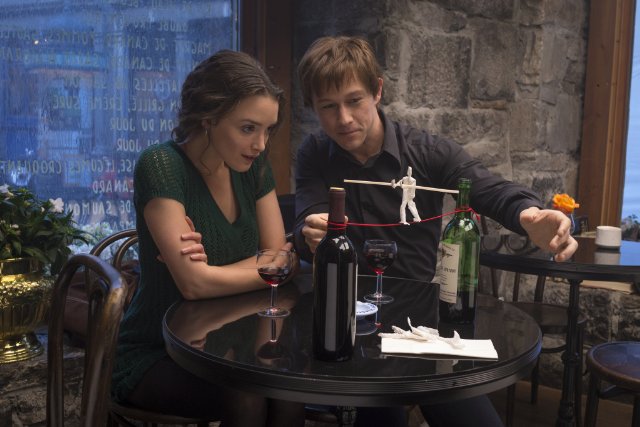 Reach for the sky and there’s no telling where you will end up. Often visionaries and day dreamers fall flat on their face. Never blame anyone for trying to do the unthinkable. When a line French,an decided to scale the heights of the World a Trade Centre few could believe such a feat could be accomplished – never mind the sanity of it all. Gifted filmmaker Robert Zemeckis lets it all hang out, quite literally, with his release of The Walk. After Neil Armstrong’s famed moon walk ( sorry Michael Jackson) look for this Sony Picture to reach the pinnacle of all success. Check out this gravity defying true story at slept Cineplex Odeon Theatres around B.C.
Daredevils come in all shapes and sizes. All that Philippe Petit dreams of is scaling the highest peaks. American actor Joseph Gordon-Levitt does a spectacular job playing the French dreamer who heads from France New York in quest of his dreams. Told in a charming humorous way with Gordon-Levitt slyly telling his life story directly into the camera it’s great fun to see the “mechanics” of finding the appropriate team to pull off this spectacular feat.
High above the street the excitement and close calls continue to build waiting for that eventual first step. Shot in 3-D the whole cinematography of The Walk feels dream-like. You will feel like you are on pins and needles when time stands still as Petit ultimately makes his move to history.
Must see in all respects this uplifting story is solid fun for all ages.

Before We Vanish (PG) *** – By Shirl Hollenberg

I want to date someone inspiring: Dannii Minogue