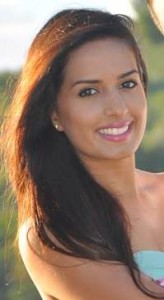 If you’ve lived in the area long enough, then you might be able to recall the days of being able to drive through any old residential street without being forced into a game of “chicken” with oncoming traffic. Two-way streets were actually in fact two-way streets, which allowed the flow of traffic to conveniently move in both directions. The roads were wide open, a safe place for your children to play, and most single family homes were just that – a place where typically 2-5 individuals lived happily (for the most part) under one roof.

Then, being the business saavy individuals most Indian folk are, came the introduction of renting a portion of your home out to people looking for a place to live within a reasonable budget.

This trend spread like rapid fire, and soon all those big wide-open streets became filled with tenant vehicles, parked up on the side of the road next to their respective mini-homes within a home.

As with any manner of generating revenue, municipal laws and regulations had to be created in order to attempt to control this widely spread new income booster. Because just like with anything else, when something becomes too common or widely popular, issues usually begin to arise. Problems like renters not paying up on time, destroying property, being disruptive, or simply being downright lousy people to share your home with, became increasingly prevalent.

Therefore, it became necessary to register your basement suites within your municipality. Unfortunately, the individuals who actually followed through on this requirement fell few and far between in our cramped up sub-urban neighbourhoods.

Yet at the very same time, everyone who chooses to invite absolute strangers into their homes, without conducting background or credit checks, or securing a deposit of some sort – expect the authorities to bail them out (so to speak) when relations with their tenants go awry.

People are so eager to bring in an extra grand or so a month, that they forget they might just have someone shooting up some lethally hard drugs just on the other side of the wall where their precious children sleep.

Now I’m not saying everyone who lives in a basement suite is a drug addict or near homelessness, what I’m saying is complete your due diligence as a landlord. If you’re going to build your home already knowing you will be renting a portion of it out, then register your basement suites, have allotted parking space on your property for your tenants, and abide by the municipal laws (which are there for your own protection) in order to avoid having to turn to the cops for help when disputes occur.

In other words: as a builder, or home renovator – do your homework before granting someone accessibility to your beloved homes.

Become informed – be aware that by not following the rules, you’ve forfeit your right to evict your tenants. Most specifically, if you haven’t followed the proper protocol beforehand of drawing up a contract and having them sign it – troublesome tenants can earn “squatters rights” and before you know it you’re “battling for your own turf” with someone all too aware of this flaw in the system.

Laws are typically made for a reason, for the public’s own safety. So do everyone a favour and follow the correct protocol when it comes to becoming a landlord – and know who and what you’ll be inviting into your homes and neighbourhoods along with that monthly cheque you so eagerly hope to receive!

Amrita Sandhu is a Manager at Prabu Foods Incorporation. She graduated from Kwantlen Polytechnic University with a Bachelor of Arts Majoring in Psychology. She enjoys utilizing social media platforms to raise awareness about socially and culturally relevant issues. For more info, visit: www.amritaliterature.com

Listening is not waiting to speak!