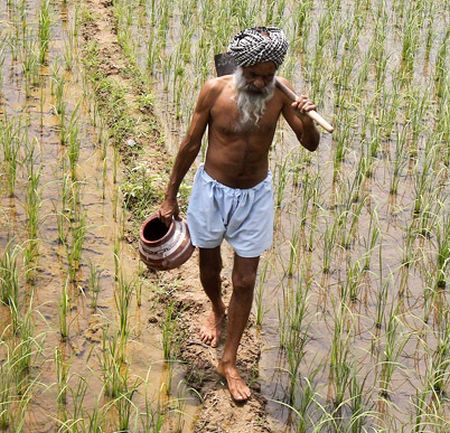 Chandigarh, Sep 23 (IANS) India’s oldest serving chief minister, Parkash Singh Badal, has often highlighted the miserable condition of farmers in the Green Revolution hub Punjab, warning that the peasantry, facing huge losses, could revolt if nothing was done urgently. A new book rips apart the political leadership for the mess.

The book, “Punjab – A Frozen Tear/Hopes and Despairs of Farmers”, authored by P.P.S. Gill (Centre for Research in Rural and Industrial Development), attacks Punjab’s political leadership, pointing out that the state has been high on slogans and populism, leading to the once prosperous and food bowl state to a situation when it has to plead with the central government to help it get over its financial mess.

“For too long, Punjab has been high on political slogans, false and un-kept promises, often outpacing reality. Once a ‘prosperous’ state, Punjab today is a ‘problem’ state,” Gill told IANS here.

A veteran journalist who recently retired as Punjab’s State Information Commissioner, Gill says in the book that once a food surplus state, Punjab “is now a ‘basket case’… once a frontline state, Punjab is now a fault-line state”.

“Punjab was once a bouquet state of the country. Now, it is always presenting bouquets in New Delhi, seeking one or the other financial package for things that have gone wrong,” Gill said.

Punjab, with a population of only 2.8 crore, contributes over 50 percent of foodgrain (wheat and paddy) to the national kitty despite having just 1.54 percent of the country’s geographical area.

“The economic sheen in Punjab is off. Agriculture, the mainstay of the state, and rural life just subsist. The state has been grappling with the growing menace of drugs addition.

“The younger generation in agricultural families don’t see a future in agriculture as land holdings have become small and there is no financial viability. Most are seeking jobs, which are not available, or trying to go abroad by selling land and other assets,” Gill said.

Gill said that rural Punjab was not only grappling with the crisis facing agriculture but also with increasing drugs abuse.

In the past 15 years, various studies and reports have suggested clearly that a big chunk of Punjab’s population was affected by drug addiction.

Quoting several studies and reports by experts, Gill has pointed out that Punjab does not have to go anywhere to find solutions to its present mess.

“There is no dearth of remedies available to put the state’s economy back on the rails,” Gill said. “The prescriptions in scores of studies (and) reports are gathering dust in government cupboards. Successive governments have long forgotten to make course corrections.”