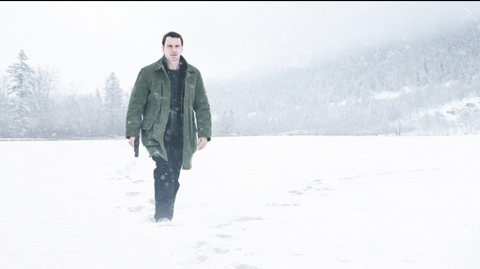 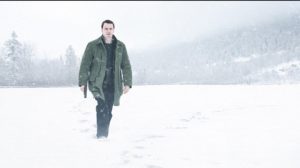 Amidst snowcapped mountains and mysterious lakes come a killer calling in The Snowman. Adapted from the international bestseller rest assured this Universal Studios picture puts the thrill back into horror. Share the sophistication of a crazy wacko on the loose at Cineplex Cinemas around B.C.

Sure, to put a well-deserved bump into Norwegian tourism expect to see countless viewers latch onto the magnificent beauty of Oslo and Bergen and the surrounding Norse region. Or maybe folks will be scared silly as snow turns to red while a menace strikes the land.

Panic is everywhere. Out to solve what should be a simple death is a hardened semi washed up detective played icily by Michael Fassbender. Help on this treacherous task comes by way of a team of colleagues headed by newly minted upstart Rebecca Ferguson. Roger these two must tread carefully in hopes of solving a crime or two before victims multiply like rabbits.

Scintillating scenery highlight the stark silent terror as no one is above suspicion in this first-rate thriller. Compelling performances from ace actors Toby Jones, Val Kilmer (Top Gun) and J.K. Simmons (Whiplash) simply add fuel to the fire in this emotion driven thriller that keeps you guessing and in pins and needles.

Just a touch long by 10 minutes The Snowman is a classy thriller that will put travel to Norway on your to do list.

To see myself on poster with Big B a dream come...

47 Canadians assisted in departure from Gaza