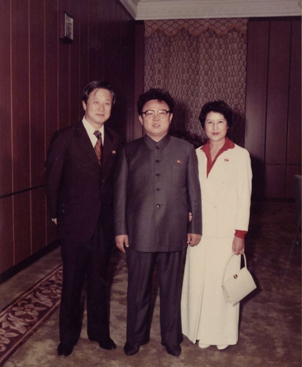 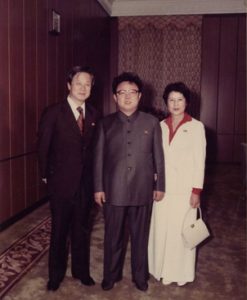 Sometimes passions can go to far. With originality hard to come by in any field let alone the film business now comes along a rather original movie about getting movies made: The Lovers and the Despot. What makes this film so unique is its plot which revolves around a madman out to legitimize his image by way of cinema. Just here for a limited time at the Vancity Theatre be sure to check out this head scratcher on from Oct. 21-24.

Trouble seems to be everywhere today on a global scale. Madmen seem to be popping up everywhere. Perhaps the most daring and demented of all is the leader of North Korea: Kim Jong-il. This film reveals a hideous plot by the madman to kidnap a movie star and then her -ex husband who just happens to be a director of note.

Once upon a time power couple in the South Korea film world are lovely Choi Eun-hee and accomplished director Shin Sang-ok. Abducted from the streets of trendy Hong Kong the pair are separately taken to North Korea by enemy agents under cover of night and become pawns in Kim’s plan to make the North Korea film industry the envy of the world – and naturally in the process improve his global image.

Far-fetched? Perhaps. Thanks to good acting, the effective use of actual archival footage of what goes on behind wacky (yet dangerous) North Korea and an air of plausibility The Lovers and The Despot serves up an unsettling, unnerving and downright fascinating movie-going experience that is totally original and a lot of fun.

Unless (PG) –  By Shirl Hollenberg