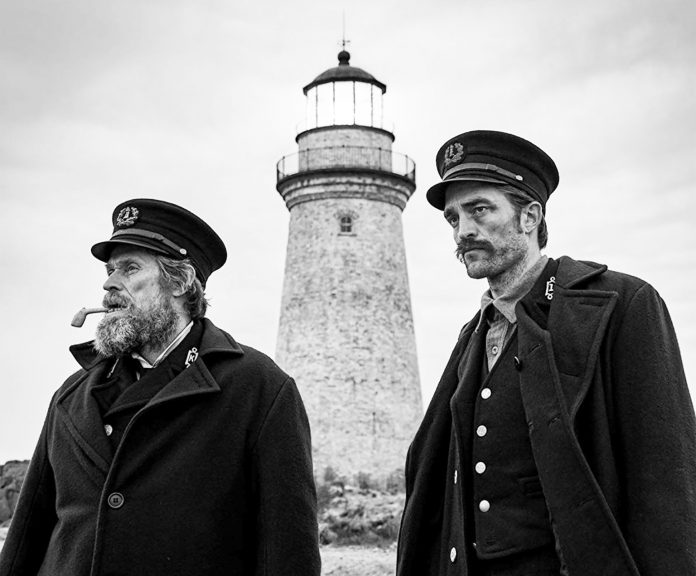 Shiver me timbers. Hot off the heels of the dynamic and wildly successful Vancouver International Film festival hails the high level drama The Lighthouse. Two powerhouse performances from a pair if consummate thespians make this solemn drama a highlight of any year. Go back in time to those seafaring days at the Fifth Avenue Cinemas, Cineplex Cinemas Langley and Cineplex Cinemas Coquitlam thanks to VVS Films.
Trouble comes a brewing when a raw recruit meets up with a wily vet safeguarding the American east coast in a remote lighthouse. Teenage heartthrob Robert Pattinson ditches his Twilight persona to lock horns with an almost unrecognizable Willem Dafoe (Speed 2) in this battle of wills. Survival is at steak as both wind, Waves and mysterious forces wreck havoc on the pair holed up in The middle of nowhere.
Here the atmosphere means everything as that feeling  of claustrophobia and desperation adds to the intensity of a rapidly declining relationship between worker and supervisor at a time when friends are few and far between. Madness sets in as the fight to survive sets in.
Two thoroughly convincing and compelling performances that closely show a student mentor like relationship come unglued make The Lighthouse different, enlightening and engrossing.