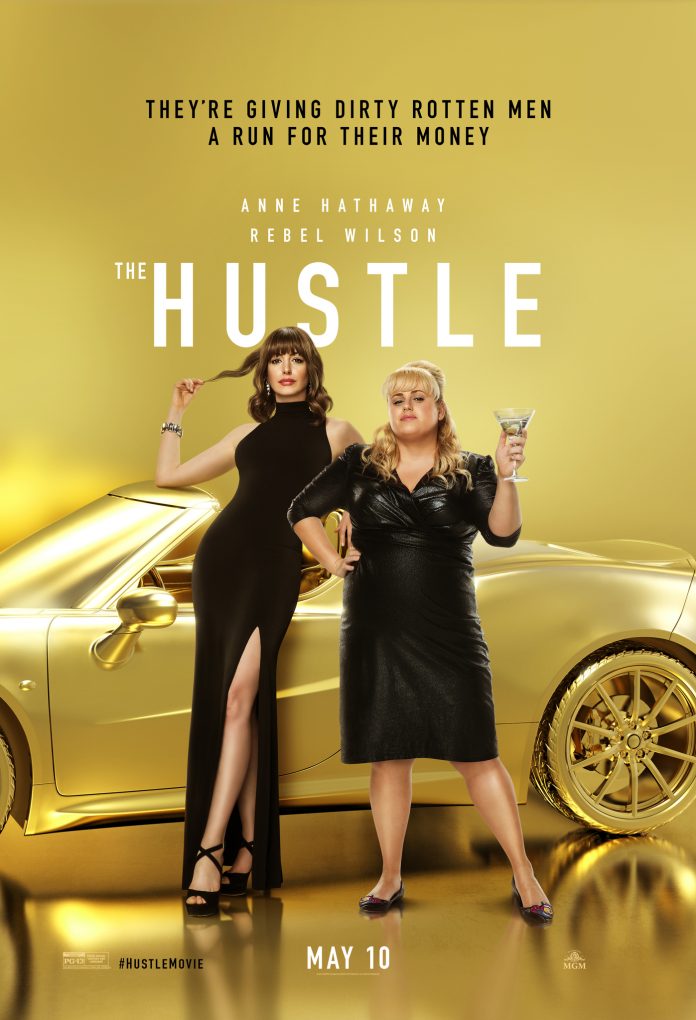 Looks like the con is on. Scammers have a field day with the high flying The Hustle. Sort of similar to the 80s Classic Steve Martin Michael Caine tour de farce that effective pairing gets an update – call it an upgrade. Give it up to Universal Studios and MGM for being brave to do justice to an aging laugher. Good news is that the film is still going strong at scores of Cineplex Theatres around B.C.
Chemistry is vital to a film’s success. Watch the sparks fly when an overweight hunk a hunk a burning love (sorry Elvis) locks horns with a svelte manhunter. On the prowl these two eke out a living of sorts. Just imagine what they could do as a team. Game on.
Funny as heck Rebel Wilson reigns supreme as the unwieldy shoot from the hip American while Anne Hathaway has the cool collected look down pat as Josephine. So it’s the pro teaching the novice with hilarious results. After hours living it up on The French Riviera no less sees this team scan the lay of the land on route to trying to fleece a gullible man or woman or two out of their hard-earned money.

Some laugh out loud moments lay the groundwork for lots of fun encounters in this playground for the rich. Beloved Robyn Leach would be so proud of the glamorous atmosphere. Together Wilson and Hathaway are the perfect match in this fun filled escapade where it’s the girls versus the boys. Ready for a good laugh instead of all those comic book superheroes then The Hustle fits the bill.