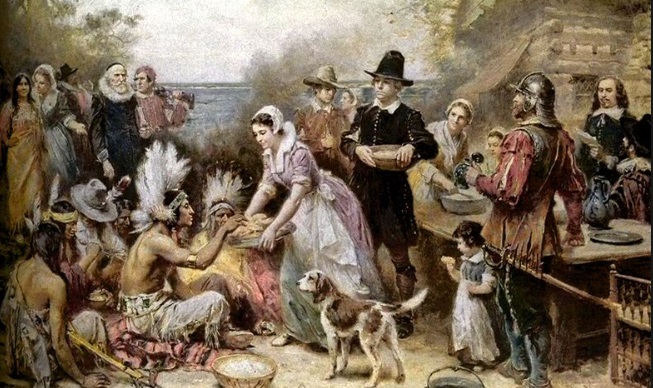 The word I would like to concentrate on this week is thanksgiving. It’s an easy concept, but how many of us really spend any time saying thanks to our God or our Spirit guide, the universe, our family members or to each other for that matter.

I have the advantage of working with and being in contact with a great many people in my work as a journalist, and just when I’m feeling hard done by, or I’m lacking in something, I meet someone who truly needs something as basic as a home, a friendly face, a helping hand.

A few days ago I attended the launch of the new DIVERSEcity headquarters in Newton, and met many people who are building new lives in Canada, often with very little except hope for the promise of what Canada can offer. Without exception the image I came away with was of people smiling. I also came away with the image of the people who have made it a mission to help these folks settle in to their new lives. I’m thankful for that.

Now, what about Thanksgiving, the holiday, this so-called Turkey Day?

The first Thanksgiving service held by Europeans, in North America, occurred on May 27, 1578 in Newfoundland, although earlier church-type services were probably held by Spaniards in La Florida. There are claims that a colony in Maine held such a service in 1607, while in Jamestown, at the same time, colonists held services of thanksgiving for their safe arrival in the new world.

As the population continued to grow, so too did services of thanksgiving throughout colonized North America.

In 1623, the Pilgrims at Plymouth Plantation, Massachusetts, held another day of Thanksgiving. As a drought was destroying their crops, colonists prayed and fasted for relief; the rains came a few days later. And not long after, Captain Miles Standish arrived with staples and news that a Dutch supply ship was on its way. Because of all this good fortune, colonists held a day of Thanksgiving and prayer on June 30. This 1623 festival appears to have been the origin of our Thanksgiving Day because it combined a religious and social celebration. (ref. Smithsonian)

In the US, the celebration is held on the third Thursday of November, and likely, because winter comes a little earlier in Canada, it’s celebrated on the second Monday in October, which conveniently creates a long holiday weekend.

Thanksgiving in Canada is dedicated to visiting family or friends near and far away, or to receive them in their own homes, and enjoy a special meal at some point during the long weekend. Traditionally, this included roast turkey and seasonal produce, such as pumpkin, corn ears and pecan nuts. Now, the meal may consist of other foods, particularly if the family is of non-European descent.

But no matter the colour or creed, secular or religious, it probably would do much for the well-being of the world if everyone could take a moment and say thanks for something in their life.