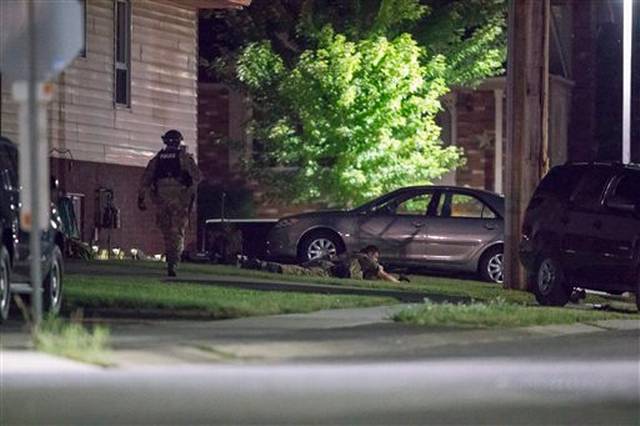 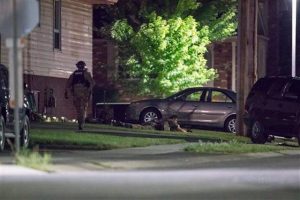 Toronto: A suspect is dead after Canada’s national police force thwarted what an official said was a suicide bomb plot.

A senior police official said late Wednesday the suspect allegedly planned to use a bomb to carry out a suicide bombing mission in a public area but was killed in a police operation. The official, who spoke on condition of anonymity because he was not authorized to speak about details ahead of a Thursday news conference, identified the suspect as Aaron Driver.

Driver, originally from Winnipeg, Manitoba, and in his mid-20s, was under a court order from earlier this year to not associate with any terrorist organization, including the Islamic State of Iraq and the Levant.

A police operation continued well into Wednesday night in the southern Ontario town of Strathroy, about 140 miles (225 kilometres) southwest of Toronto.

In Strathroy, resident Irene Lee said late Wednesday that police had been camped out near her parents’ convenience store since about 4:15 p.m. At about that time, she said she was at her home close by when she heard a loud noise. She said shortly afterward, a police officer came by to tell residents to stay inside their homes.

Lee said there were up to 25 marked and unmarked cruisers outside a home on a street right behind her parents’ store.

They said a suspect was identified and the “proper course of action has been taken” to ensure there was no danger to public safety.

Canadian Public Safety Minister Ralph Goodale said he had spoken to Prime Minister Justin Trudeau about the events “to confirm that public safety has been and continues to be properly protected.”

“The RCMP, the Canadian Security Intelligence Service and other police and security agencies were involved in the operations, he added.

“These agencies conducted themselves effectively in the circumstances that developed today,” Goodale said in statement.

Taking all relevant information into account, the national terrorism threat level for Canada remains at “medium” where it has stood since the fall of 2014, Goodale said.