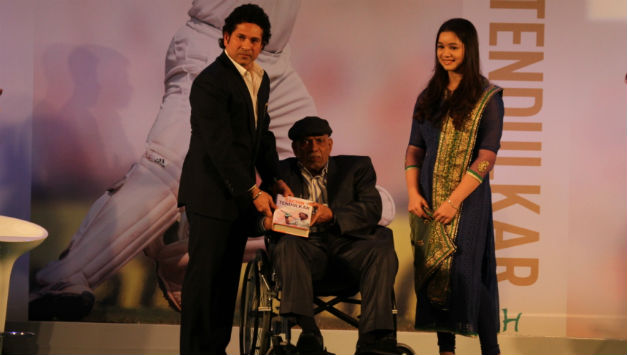 Mumbai: In a glittering event at a posh hotel here Wednesday, cricketing legend Sachin Tendulkar released his much awaited autobiography “Playing It My Way” among other star cricketers.

The formal book release, which has been published by Hachette India, saw Tendulkar present a copy to his first coach and guru Ramakant Achrekar. The batting maestro earlier Wednesday presented the first copy to his mother Rajni before the launch.

“Playing It My Way’ is a different sort of innings for me and was in the making for the last three years. As with the game, I have been honest and sincere in putting together various aspects of my life and the book is something I hope readers will enjoy,” said Tendulkar.

The book has already set the Indian record for the largest adult hardback orders on the day of release with 100,000 copies being released by the publishers. The book releases as hardback and simultaneous eBook Thursday. An audiobook version will follow early next year as will Indian language versions in Marathi, Hindi, Gujarati, Malayalam and Bengali.