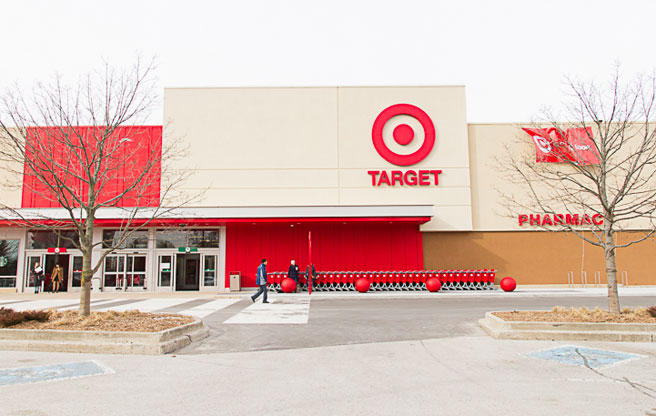 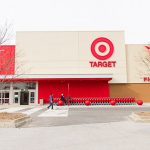 TORONTO: What began with Target Corp. bursting into Canada with confidence over its prospects has quickly spiralled into billions of dollars in losses and a decision by the discount retailer to scamper back to the United States.

Less than two years after it arrived, the Minneapolis-based company has admitted defeat in the Canadian market saying Thursday it could not see turning a profit here for at least another six years – a lifetime in the retail industry.

Target will close 133 stores across the country by early June, with 17,600 employees losing their jobs.

“We have not realized the significant improvement in Canadian consumer sentiment that we believe is necessary,” Target’s chief executive Brian Cornell told analysts in a conference call.

“Put simply, we have not seen the step-change in performance we told you we needed to see.”

Target Corp. will record about US$5.4 billion in pre-tax losses in its fourth-quarter, with most it related the Canadian operation.

While the possibility of Target leaving Canada has been talked about for months, some shoppers were surprised that it happened so quickly after the holiday shopping season.

“They really haven’t given it a chance yet,” said Lisa Kirch outside a Toronto store after she heard about the closures. “I don’t know where everybody is supposed to go.”

Other Toronto shoppers weren’t quite as shocked and suggested that Target didn’t connect with their needs.

“I found them to be a little pricey,” said Lynn Brough, who visited her local Target once before she decided to spend her money elsewhere.

A representative for Target said the liquidation of its Canadian stores was in the planning stages.

“The timing for store closures will vary on a store-by-store basis and, until we get into the process, we won’t know that level of detail,” said spokesman Eric Hausman.

Lackluster holiday shopping results likely led Target to decide there was no hope of turning around its fumbled plan to become a national retailer that aspired to compete with the likes of Walmart, Canadian Tire (TSX:CTC.A) and Hudson’s Bay Co. (TSX:HBC).

Target’s departure raises new questions about how the company’s absence will reshape the Canadian retail landscape, which has lost several familiar names over the past year.

Sony Corp. was the latest to add its name to the growing list, notifying employees this week that it was closing the remaining 14 locations in Canada. Fashion retailers Mexx, Smart Set and Jacob have also recently liquidated their stores.

Before its launch, Target was viewed as a considerable threat to Canadian retailers of all sizes, partly because its reputation with consumers was unique. Many Canadian shoppers would trek south of the border to wander the aisles of U.S. Target stores in search deals and products they couldn’t find at home.

But when Target arrived in Canada the story wasn’t the same, and complaints flooded social media about empty shelves, high prices and a selection that fell short of expectations.

“Canadian consumers walked in expecting the American store experience and got this watered down version,” said Brynn Winegard, a marketing analyst at Winegard and Company.

Winegard believes Target’s U.S. executive team misjudged the domestic market and went in with a preconceived notion that Canadians would greet them with open wallets. She points to the company’s first domestic advertising campaign as an example of how their confidence overshadowed reality.

The commercial featured a woman riding a motorcycle past some of the country’s famous tourist spots and cities before splashing the screen with its logo, saying “Target loves Canada.” Winegard said was too soon for the company to be presenting itself as part of the culture.

“We have a lot of great Canadian retail brands, and we didn’t need Target to be Canadian,” she said.

“We needed them to be the company they’ve been in the U.S.”

Target’s decision to leave Canada comes as the parent company tries to please investors with better quarterly profits. Just over a year ago, the company suffered a massive security breach that saw credit and debit card information for 110 million North American customers stolen by hackers, which had a rippling effect on its overall business.

“It’s clear that our US business has fully healed from those dark days, but that is not enough and we’re not yet where we need to be in the U.S.,” the company’s chief financial officer John Mulligan told analysts on Thursday.

“With today’s decisions we can focus all of our resources to go beyond healing the U.S. business and continue our work to make it stronger.”

The company said it would provide US$175 million of credit to fund Target Canada’s operations while it winds down under the Companies’ Creditors Arrangement Act, or CCAA, which is one of the Canadian equivalents to the U.S. Bankruptcy Act.

RBC analyst Irene Nattel said it is unclear who would be in a position to take over Target’s 133 stores.

“In our view, there is unlikely to be any single operator that takes over the leases, the location quality of which is mixed at best,” Nattel said in a note.

“Rather we could see existing retailers including Walmart Canada and Canadian Tire perhaps picking up selected locations.”

The company says it will also work with an adviser to sell its real estate and expects to spend between US$500 million and US$600 million in cash to end its Canadian operations.

Target says the stores will remain open during a court-supervised liquidation period and it’s working to ensure employees are paid at least 16 weeks of severance.