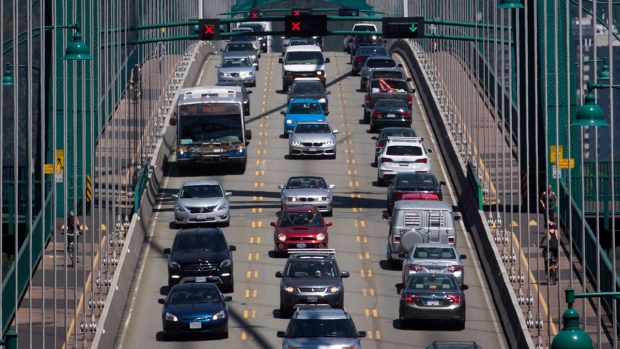 VANCOUVER: An annual traffic survey reveals Vancouver remains Canada’s most congested city, followed by Toronto and Montreal, but the study shows all three are inching toward improvement.

The 2016 TomTom Traffic Index finds the average time drivers waste sitting in traffic has dipped over the last year, with Vancouver motorists cutting their time in traffic jams by an average of four hours.

TomTom says Toronto drivers reduced their average time in traffic congestion by 11 hours, while Montreal drivers saved about half an hour.

The navigation and mapping product company credits infrastructure investments and better traffic management, noting the declines are the first in Vancouver since 2010, while Toronto and Montreal haven’t seen drops since 2012.

Despite that, TomTom estimates commuters in all three cities can spend nearly 30 per cent extra time travelling due to congestion, amounting to an average of slightly more than five full days every year.