SEATTLE: A former youth soccer coach from British Columbia has been sentenced to seven years in prison followed by 10 years of supervised release for seeking sex with someone he thought was a 12-year-old girl.

Forty-seven-year-old Kuldip “Kelly” Mahal pleaded guilty in Seattle earlier this year to sex crimes after being caught in a police sting spearheaded by the U.S. Department of Homeland Security.

A U.S. Department of Justice statement says Mahal sent explicit photos and messages via Internet to an undercover officer posing as a girl and repeatedly asked her to send him sexual pictures, even after being told she was underage.

Police say Mahal was arrested in a park in Washington state after crossing the border to have sex with the supposed girl in February 2015.

U.S. attorney Annette Hayes says the case should send a clear message to others trolling the Internet looking for sex with children.

Mahal worked as a facilities manager at a Vancouver technology firm and volunteered as a coach for an under-16 soccer team. 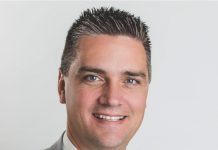