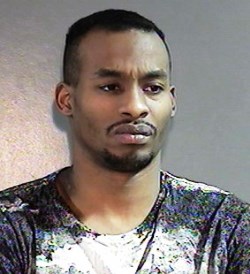 Surrey RCMP is re-appealing for public assistance in locating a Surrey man, Stephen Farmer, who is wanted on three arrest warrants for several charges.

Between December 30, 2015 and November 30, 2016, a total of 3 warrants for 7 different charges were issued for Farmer for charges including Driving While Prohibited (3 counts), Flight from Police, Dangerous Operation of a Motor Vehicle, Fail to Stop at an Accident, and Breach of Probation.

In December 2016, Farmer was added to the Surrey RCMP’s Top 10 Most Wanted list. To date, police have been unable to locate Farmer.

Given the passage of time since the warrants were issued, and the gravity of the charges, police are re-appealing to the public for assistance in locating Stephen Farmer, says Corporal Scotty Schumann. Police focus on chronic offenders, like Stephen Farmer, who commit the majority of crimes in our community in order to have the greatest impact on reducing crime.