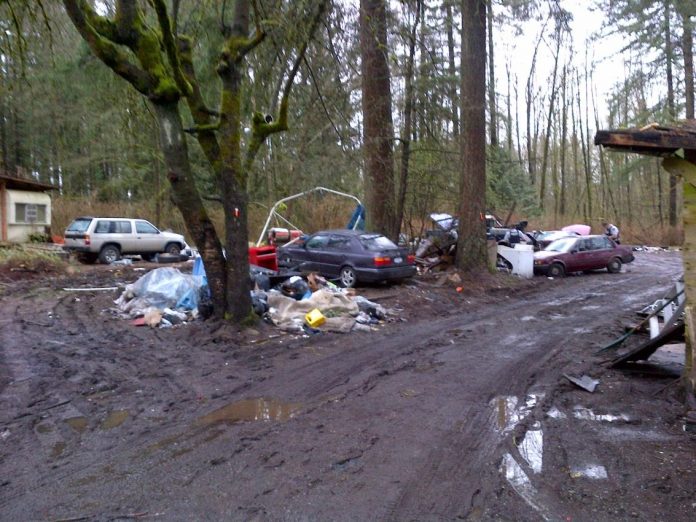 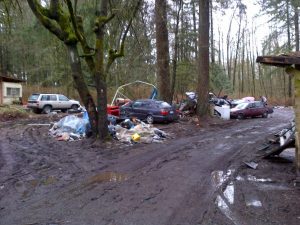 Surrey: The Surrey RCMP’s Community Response Team (CRU) has been busy this March executing two search warrants at two problem properties in Newton. As a result of these search warrants, a total of six individuals have been arrested and truckloads of stolen property, including vehicles, bicycles, license plates, and power tools have been seized.

The first search warrant resulted from information that was received from the public regarding a property in the 14100 block of 83rd Avenue. Based on that information, the District 3 (Newton) Community Response Team was able to quickly obtain a search warrant.

The search, conducted on March 10th, resulted in the seizure of a significant amount of alleged stolen property including: 8 bicycles, various types of power tools and gardening equipment, and an airsoft replica handgun.  Investigators believe that the items were stolen during break and enters and are working to determine if there are linkages to other investigation. They are also taking steps to locate the owners of the recovered property. Surrey RCMP CRU officers are continuing this investigation and charges have not yet been laid.

A few days later, the District 3 Community Response Team obtained and executed another search warrant for an unrelated possession of stolen property investigation. On March 16th, the search warrant was executed at a problem property in the 9700 block of 182A Street (see attached photo).

As a result of this second search warrant, two women and four men were arrested and officers located an abundance of property which is believed to have been stolen. Officers worked alongside City of Surrey Bylaws and the Insurance Corporation of British Columbia’s Special Investigation Unit to identify and attempt to match the property with its rightful owners. Some of the items located and seized were: 9 vehicles, 3 motorcycles, 2 trailers, 1 ATV, stolen license plates, numerous garage door openers, personal documents, 100 vehicle keys, and assorted power tools. The six individuals arrested were released pending further investigation.

“Developing and maintaining partnerships with stakeholders is part of the Community Response Team mandate and this certainly assisted us with respect to these two problem properties,” says Inspector Andy LeClair, Community Support and Safety Officer for Surrey RCMP.  “We will continue to work closely with our City of Surrey Bylaws partners to prevent illegal activity from happening at these properties in the future.”

The Surrey RCMP’s Community Response Teams are based in all five districts across the city and provide uniformed deployment to address crime, nuisance activity, and neighborhood safety through proactive policing strategies.

Anyone with more information about these investigations is asked to contact the Surrey RCMP at 604-599-0502 or Crime Stoppers, if they wish to remain anonymous, at 1-800-222-TIPS or www.solvecrime.ca.

Important steps toward a cleaner, stronger B.C. in 2019