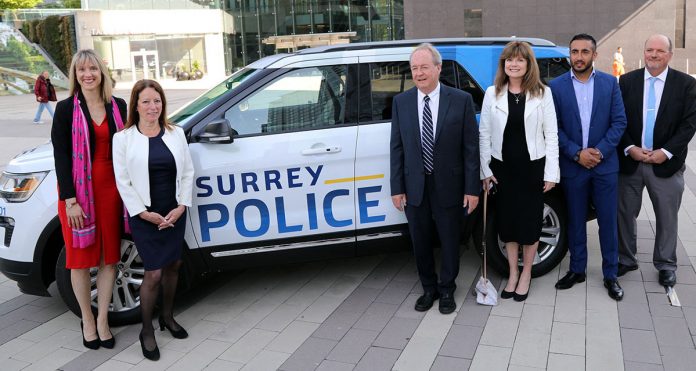 Surrey: A report says a local police department in Surrey would cost almost 11 per cent more than the current RCMP force, but the city’s mayor says the extra cost would be justified by the improvements in service it would provide British Columbia’s second largest city.

Doug McCallum said Monday a municipal force would be able to recruit officers who spend their careers in the city, develop relationships with residents, businesses and community groups, and improve public trust and safety.

“Our people feel unsafe out there and they want our own Surrey police force,” he told a news conference. “They also said, and I said it probably 1,000 times over the last six months, that it would probably cost more than 10 per cent more. I can tell you very clearly people are even prepared to pay 10 per cent more.”

One of McCallum’s key campaign promises in last fall’s election was to drop the RCMP.

The report released by the city estimates the annual operating budget for a municipal police department would be $192.5 million, compared with the estimated cost of the RCMP at $173.6 million.

The report says Surrey is the only Canadian municipality with over 300,000 residents that doesn’t have a local police force and adopting the model would allow the city to better adapt to the growth it has experienced. Surrey has a population of almost 520,000.

The proposed municipal force would take over policing on April 1, 2021.

McCallum said the 189-page report is a blueprint for a streamlined force.

“The formation of a Surrey police department is an integral part of supporting the long term growth of Surrey,” says the report.

It says crime numbers in Surrey are trending down, “but evidence suggests that a pervasive fear of crime remains in Surrey.”

In a statement, the RCMP says it will work with Surrey and the B.C. government, which will make the decision on the city’s policing future.

“As the RCMP is a service provider only, we won’t express our opinion or analysis of the city of Surrey’s report, nor is it appropriate for us to publicly discuss the feasibility of the proposed plan,” said Assistant Commissioner Eric Stubbs.

Coun. Linda Annis says a municipal force would result in 38 fewer officers than the RCMP and she wants a referendum on switching forces.

The report says the proposed operating model for a Surrey police department includes a staff increase of five per cent, 16 per cent more frontline officers and 29 per cent more school liaison and youth officers.

Solicitor General Mike Farnworth was not available to comment on the report. Last week he said the province was reviewing it.