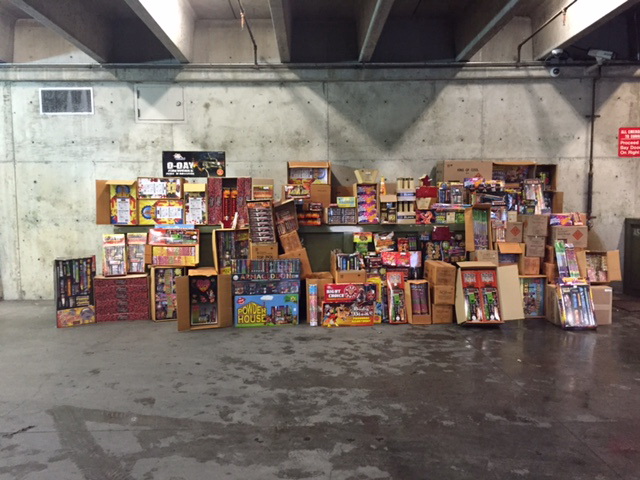 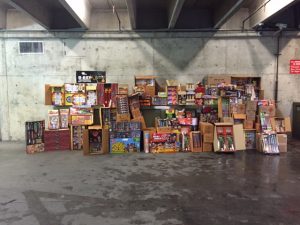 Surrey: Over a 48 hour period this week, City of Surrey Bylaw Enforcement officers have seized a record $100,000 of illegal fireworks and firecrackers. In an effort to reduce injuries related to the use of fireworks and firecrackers, as well as alleviate the noise complaints associated to such use, this year’s operation targeted businesses, mobile vendors and those selling out of their private residences in Surrey.

The illegal sale of fireworks is being conducted through online advertising, social media and storefronts which sell the illegal fireworks under the counter. The penalties range from fines of up to $1000 to a suspension or loss of their business license for businesses found selling illegal fireworks. When appropriate, a Violation Ticket under the Explosives Act will be issued by Surrey RCMP.

Fireworks in the City of Surrey are not permitted to be discharged. The only exception is with a Fire Department permit and Federal fireworks supervisor certificate. Since the City implemented the Fireworks Bylaw in 2005 there has been a marked decrease in injuries and fires caused by fireworks.

Here are a few tips for a safe and fun Halloween: