We’ve moved into the month of June which meant as a student back in the sixties (yes I’m that old) it meant that after exams, I could go to work full time at one of the Icons of our time. I was a Car Hop at the White Spot!

My adventures took place at White Spot Unit #4 which was (and still is) located at Broadway and Larch in Kitsilano. We worked out of a little white building with siding that sort of made it look like it had log siding. It had a coffee shop in the front, counter service only. The true White Spot experience happened when you drove your car into the enormous parking lot surrounded by huge billboard-sized panels with paintings of various scenic BC views. You’d find a space, park the car and turn on the headlights. That would bring a Car Hop hustling along to take your order for hamburgers triple-oh, chicken in the straw, milkshakes and so on. The White Spot Drive-In was a big deal because you could eat in your car, show off your girl/boyfriend as well as your wheels. We were still in love with (and in) our cars and being served a meal in the car was such a novel thing to do. It was such a popular place to go that on weekend evenings cars could be lined up for several blocks waiting to get in.

So close your eyes and I’ll take you back to that magic summer of ‘64. On second thought, don’t close your eyes, you won’t be able to read my article.

It was exciting for the people who worked there. We were warriors in dark green uniforms had white piping, and white peaked caps. We had access to the coveted SMILE! Life in British Columbia is Wonderful stickers that everyone wanted to have, and we were the ones who could carry two or more trays of food safely (most of the time) to the waiting cars. It was hard but satisfying work and we were proud to be White Spot Car Hops.

Sometimes, after a particularly hot summer day, with the cleanup done and not ready to go home to bed, some of us would head out to Stanley Park for a swim in the salt water pool at Lumberman’s Arch (where the water park is now) followed by soccer on the grass until the sun came up. Occasionally the VPD would come by to see what was going on but once they learned we were from the White Spot we were good to carry on.

Two of these, innocent, after work escapades stand out as “great stories to share” after 50 plus years. The first was a “gotcha” event, and the second, an embarrassing event for me (both involving the police).

Coming home from work one night, having dropped my co-worker at his home at 17th and Cambie, I was hustling across King Edward back on my way home in my little 1951 Austin A40 to Dunbar. Just after crossing Granville, I was pulled over by a motorcycle cop.

The officer parked his Harley in front of my car and in the best John Wayne style, strode back to my car. His first words were “where’s the fire?”  In response I pointed out the front windshield and said “right there!” At first he just stared at me (I imagine) trying to figure out if I was being cheeky, until he finally looked in the direction I was pointing and there leaping into the night sky were enormous flames.

He quickly asked what I was doing out so late, I offered my “coming home from work at the White Spot” response, and added that the fire looked to be close to my home. He nodded and hustled back to his bike, looked back and said “Well, take it easy!” then added, “See you at the fire.” He climbed on his bike and with red lights and siren turned on, took off toward that incendiary beacon in the night. I did see him at the fire, which was just a block from my house. I didn’t get a ticket that night, but I’ll betcha he never again used that “where’s the fire” question again!

Next week, I’ll tell you about my ‘embarrassing ‘after-work’ event. 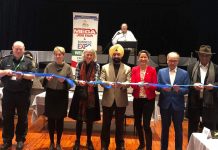 PICS Mega Job Fair Hits the Highest Digits of Success with over 3000 job seekers in attendance!

Imagine what we could do if we put that $168 million to work for Surrey families: Councillor Linda Annis 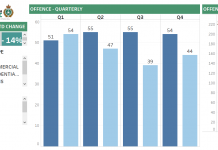 Numbers of impaired drivers up, but break and enters down in 2019

Aamir won’t release ‘Dangal’ in Pakistan over demand for cuts