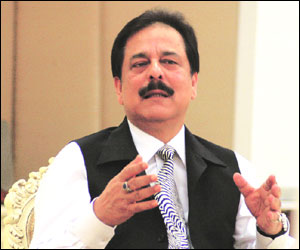 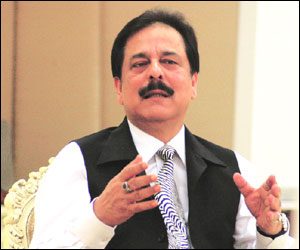 New Delhi: he Supreme Court on Friday asked Sahara Group chief Subrata Roy to deposit another Rs 200 crore by November 28, as it extended its interim order granting him parole till then.

Besides Ray, the parole of his son-in-law Ashok Roy Choudhary and Sahara’s Director Ravi Shankar Dubey too has been extended.

The next hearing of the matter would take place on November 28.

Meanwhile, in pursuance of the September 28 direction, the Sahara Group on Friday submitted a roadmap for returning the investors’ money that according to SEBI stands at about Rs 36,000 crore. The roadmap submitted by Sahara on Friday is spread over 26 months up to December 2018, by which time Sahara proposes to refund the investors’ money.

Sibal on Friday informed the court that the proposed roadmap has been shared with market regulator SEBI and amicus curiae Shekhar Naphade, and that there are some areas that need to be discussed.

While allowing a free hand to Sahara to sell its assets, which are not attached, to raise the money, the court asked the SEBI to consider the fresh bids willing to pay more money for the five properties that have already been put on the block.

Roy was granted parole on May 6 this year to attend the last rites of his mother, who had passed away the previous day. Besides Roy, his son-in-law Ashok Roy Choudhary, too, was released on parole.

Subrata Roy, Ashok Roy Choudhary and Ravi Shankar Dubey were sent to judicial custody to Tihar Jail on March 4, 2014, for the failure of SIRECL and SHICL to comply with the court’s August 31, 2012 order on repayment of depositors’ money.

At least 13 dead as van rams into crowd in Barcelona

Indian student shot dead at grocery store in US