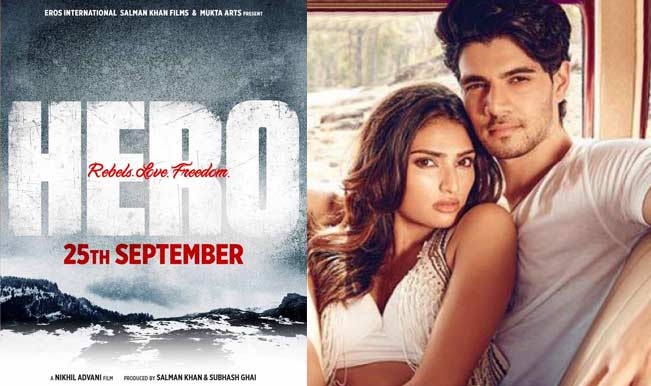 What do Sanjay Dutt, Kumar Gaurav, Sunny Deol, Sonakshi Sinha, Karishma Kapoor, Hrithik Roshan, Bobby Deol, Twinkle Khanna and Akshay Khanna have in common? Well, they’re all star kids who’re launched with lot of pomp & ceremonies and without doubt their starry connections helped as most of them did extremely well.
Ranbir Kapoor – Sonam Kapoor’s debut film may’ve bombed but SAANWARIYA was promoted so well as the debut film of RISHI KAPOOR – NEETU SINGH & ANIL- RIMA KAPOOR’s kids that the film failure made no dent and they went on to sign many more films and today, both of them are heavy favourites of many directors. ABHISHEK BACHCHAN-KAREENA KAPOOR’s debut film REFUGEE may’ve flopped but the very fact that the film starred the kids of AMITABH-JAYA BACHCHAN & RANDHIR-BABITA KAPOOR was good enough for both of them as they’re amongst the most sought after actors today.
When KARAN JOHAR launched STUDENT OF THE YEAR, the only identity ALIA BHATT & VARUN DHAWAN had was that they’re both the kids of famous directors MAHESH BHATT & DAVID DHAWAN and surely the success of the film catapulted them to stardom. AASHIQ AWARA launched SAIF ALI KHAN & MAMTA KULKARNI both; however, everyone was curious for Saif as he’s the son of SHARMILA TAGORE. Without doubt, the starry connections helps and many more, who many may not have glanced twice to look at them, went on to establish themselves in Bollywood and it’s against this background that SURAJ PANCHOLI, the son of ZARINA WAHAB- 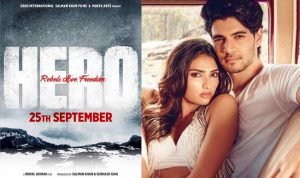 ADITYA PANCHOLI, and ATHIYA SHETTY, daughter of SUNIL & MANA SHETTY, make their Bollywood debut this week in Salman Khan’s HERO . With music on top of popularity charts, Salman Khan has left no stone upturned as the promotions are in full swing and all indications are that the film will open big all over. While SHRADDHA KAPOOR, SHAHID KAPOOR & IMRAN KHAN had it easy because of their starry connections, some like FARDEEN KHAN, ZAYED KHAN, ESHA DEOL, ADHYAYAN SUMAN, MIMO CHAKRABORTY, SUNEIL ANAND and  ARYAN & JUHI BABBAR couldn’t last too long in spite of their starry connections but there’s no doubt that these star kids will be huge in their own world ! 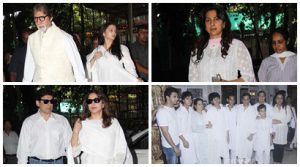 AMITABH Bachchan, Anil Kapoor, Sonu Nigam, Ayesha Jhulka, Udit Narain, Abhijeet, Alka Yagnik, Pandit Jasraj, Anu Malik, Madhuri Dixit and many more from Bollywood attended the funeral & chautha ceremony of singer & music composer AADESH SHRIVASTAVA and many were seen comforting singer,actress & wife VIJEYTA PANDIT & her children, along with her brother Jatin & Lalit Pandit. AADESH SHRIVASTAVA, who rose to fame after composing music of films like LAL BADSHAH, MAJOR SAHAB, AAO PYAR KAREIN, KABHI KHUSHI KABHI GHAM, CHALTE CHALTE, BAAGBAAN and BABUL amongst others, was diagnosed with blood cancer in 2010 and it seemed that it was contained until it remerged and Aadesh, in spite of best medical facilities, died at the young age of 48 on September 4th, his 48th b’day. Amitabh, who was very fond and close to Aadesh Shrivastava, was visibly touched and was seen comforting crying Vijeyta & her young sons. Asian Journal offers condolences to the family of AADESH SHRIVASTAVA!

Welcome back brings cheers to Bollywood!!! 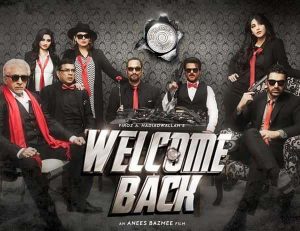 It has never been so good and the super success of Anees Bazmi’s WELCOME BACK has brought cheers to Bollywood as they celebrate yet another success after BAHUBALI, BAJRANGI BHAIJAAN, DRISHYAM & BROTHERS. Anil Kapoor & Nana Patekar, riding high after their appreciated performances in the film, have reason to smile as many had given up on the film after Akshay Kumar was replaced by John Abraham, however, the film connected with the audiences and the music helped as well as the film has been declared a huge hit. SALMAN KHAN is back but this time as the producer of HERO, which introduces the new star kids pairing of SURAJ PANCHOLI, son of ADITYA PANCHOLI & ZARINA WAHAB, and ATHIYA SHETTY, daughter of SUNIL & MANA SHETTY, and with the music making the top of bill boards already, it seems that we’ve another winner as Salman is personally taking care of all the publicity. Meanwhile, SALIM SULAIMAN are performing at Vancouver’s Queen Elizabeth Theatre on Saturday, Sept.12th and the tickets of MIKA SINGH Live in Concert on Monday, October 12th ( Thanksgiving Holiday Long Weekend ) are already selling fast at Kamal’s Video Palace and for more information, KAMAL SHARMA can be reached at (604) 592-9777 or (604) 833-1977. Reminding you to not to miss the YAADEIN of singer-music director AADESH SHRIVASTAVA on Sunday, September 13nth at 1 PM on SMC#116, it’s time to say GOOD BYE till next week !

Pop Quiz: You Just Discovered One Of Your Employees Had Their...