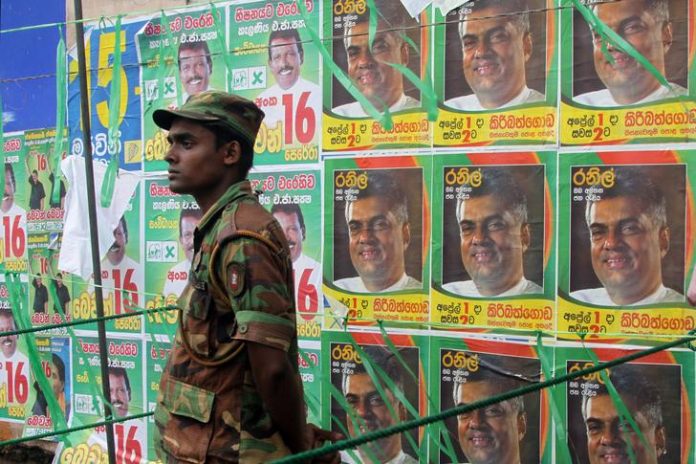 During the 2010 parliamentary elections, the opposition UPFA had won the Galle district with over 20,000 votes while the UNP had secured over 14,000 votes.

Initial postal vote results released for the eastern town of Trincomalee also showed the UNF leading with 5,212 votes while the UPFA came in second with 2,894 votes.

Results for the southern coast of Hambantota which is a strong hold of former Sri Lankan President Mahinda Rajapakse saw the UPFA leading with 8,441 votes and the UNF with 5,955 votes.

Sri Lanka’s parliamentary elections were held on Monday to elect a new government in the island nation. The main battle is between the UNF led by Wickremesinghe and the UPFA which has Rajapakse as its main candidate.

Canadian dollar plunges below 72 cents US on commodity prices, Fed...