Victoria: The government recently released Budget 2020, their fiscal plan for the coming year. While budget is usually a time of celebration for the government, this one fell flat, as it revealed the extent the NDP’s broken promises to British Columbians.

The government is trying to capitalize on a promise they made to build a second surrey hospital.  A popular promise made 3 years ago, but the project — arguably one that will be a mammoth capital expenditure — is not in this budget.  It’s not in the capital plan.  It’s just a promise not a project.

Under John Horgan, taxes are up $5.7 billion and will increase again to $8.8 billion next year.  There are 23 new and increased taxes.  Four new taxes this year alone. In fact, without the four new taxes — including the Netflix tax and the Soda tax — the Finance Minister’s budget would be in deficit.

The NDP has only built 2,400 new affordable housing units of their promised 114,000.  At this rate, it will take 98 years to fulfil their goal.  The reason so many housing units have been ‘announced’ by government but aren’t moving ahead is because they can’t be built for the amount of money provided.  The math just doesn’t work.

The NDP also promised $10-a-day childcare for all parents and that pledge has disappeared. Parents in Surrey are still dropping their kids off at school and watching them go into a growing number of portables instead of the real classrooms promised. The government boasts about 7000 seats being completed or underway in Surrey. What they aren’t saying is that 5200 of those were underway when they took power and they have since added 32% more portables. Parents are no further ahead under the NDP.

Commuters spending hundreds of dollars on gas are still waiting for the Premier to deliver on the gas price relief he promised almost two years ago.  ICBC rates will continue to skyrocket this year and any relief will not come until after the NDP ask for your vote again in the next election. Instead of introducing competition in the industry, the NDP are growing ICBC and taking away accident victims’ rights.

During my time in government we made the difficult decisions that had to be made to build B.C. to the best economy in Canada.  The difficult decisions to not spend more than we had, to not take more out of the pockets of British Columbians than was absolutely necessary.  All in the interest of growing opportunity in B.C. for everyone.

But the NDP is taking a predictable and different path.  They have produced a budget devoid of an economic strategy. It’s devoid of a plan to get and keep people working. B.C. is losing jobs and every single economic indicator is pointing the wrong way.  While incomes in the rest of Canada have gone up, according to Stats Canada, B.C. incomes have dropped.

After Budget 2020, British Columbians are left paying more and losing out on programs that they had set their hopes on, and yet somehow their government is trying to tell them that they are better off for it.

This budget should prompt people to ask themselves, “Am I getting ahead under the NDP?” Because I think, for the vast majority of British Columbians the answer is no. 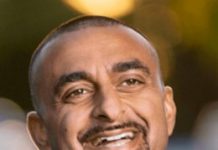