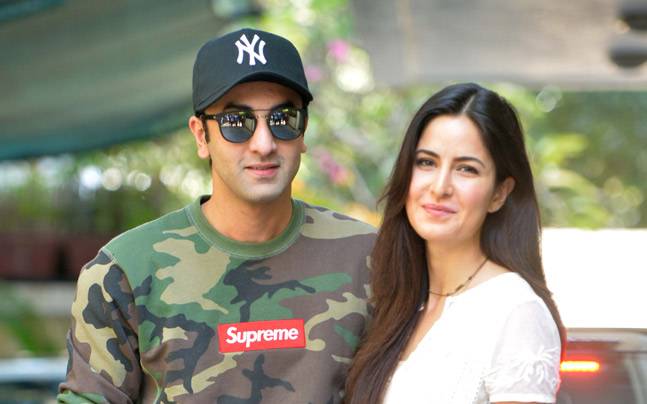 Bollywood is still shocked and surprised as it’s now confirmed that the six year old romance between RANBIR KAPOOR & KATRINA KAIF is now over. What started at the sets of AJAB GAZAB PREM KAHANI and blossomed during the making of RAAJNEETI, was perhaps the most loved romantic pairing of Bollywood but alas, it was never approved by either NEETU SINGH or RISHI KAPOOR, Ranbir’s parents, and the much scrutinised and talked about relationship finally succumbed to the pressure and they parted. While some are pointing to Katrina’s objections to Ranbir’s growing affinity to old flame DEEPIKA PADUKONE during the making & promotion of the film TAMASHA, others are pointing to Ranbir’s objections to Katrina’s presence at Salman Khan’s BIG BOSS to promote her upcoming film FITOOR. Whatever the circumstances may be, the Ranbir-Katrina break up has broken the hearts of many in Bollywood and their break up will certainly be talked about for some time. Meanwhile, Bollywood was jolted when it was announced that the sixteen year marriage of FARHAN AKHTAR & ADHUNA is over and both have parted amicably. Speculations were rife over Farhan’s growing intimacy with a popular co-star and while some were pointing to his WAZIR co-star ADITI RAO HYDARI, the others were speculating over PRIYANKA CHOPRA, his DIL DHADAKNE DO co-star but the fact remains that the childhood friends have separated.

PULKIT SAMRAT has separated from wife SHWETA as the rumour of Pulkit’s growing fondness with SANAM RE co-star YAMI GAUTAM brought an end to their yearlong marriage. Rumours are also floating about the separation of ARBAAZ KHAN and MALAIKA ARORA KHAN as Malaika was nowhere to be seen at the shoot of reality TV show THE POWER COUPLE amidst allegations that ARJUN KAPOOR is the cause of separation between the two. Rumours of trouble in paradise are also reported between SOHAIL KHAN, the younger brother of ARBAAZ & SALMAN KHAN, and SEEMA AHUJA KHAN as Sohail is getting very close to HUMA QURESHI. And last but not least is the shocking spilt between cricketer VIRAT KOHLI and ANUSHKA SHARMA after five year courtship. Well, it’s not over yet and it seems that the SPLITSVILLE IN BOLLYWOOD will have some other prominent names very soon, so stay tuned!

How Ghayal is Sunny Deol??? 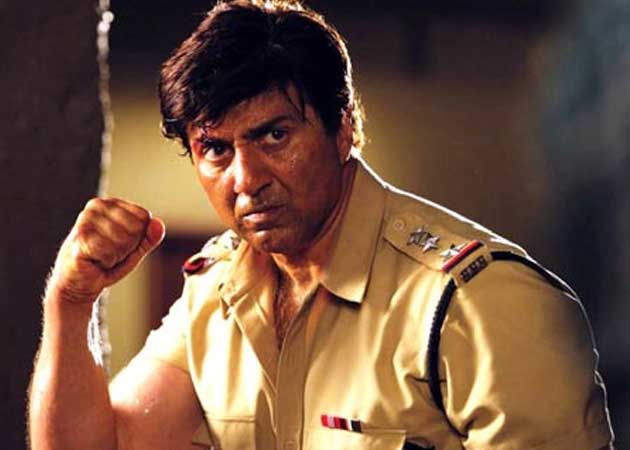 SUNNY DEOL is one wounded man as rumours are being heard loud and clear that Sunny Deol has mortgaged his Asia’s biggest recording studio SUNNY STUDIOS to finance and market his latest film GHAYAL ONCE AGAIN! Sunny, one of Bollywood’s leading film stars till 2011, has been going through some very rough time as his movies failed to make any impact at the box-office. YAMLA PAGLA DEEWAANA was his last big success in 2011 and since then his SINGH SAHAB THE GREAT, YAMLA PAGLA DEEWAANA 2 and I LOVE NEW YEAR bombed miserably while MOHALLA ASSI & BHAIYYA JI SUPER HIT haven’t found any buyers in spite of being complete  for some time. GHAYAL ONCE AGAIN, a sequel to his super hit film GHAYAL after 26 years, has been in news for various reasons as the film failed to get any directors and finally Sunny decided to direct the film himself and it has also seen various delays during production and for the release dates as well. Sunny Deol, who normally doesn’t believe much in promotion, has been seen at almost every reality TV show to promote the film and it’s to be seen how the film would respond at the box-office. With Akshay Kumar’s AIRLIFT still going strong after two weeks, Sunny has an uphill battle as his GHAYAL ONCE AGAIN will also compete with musical SANAM TERI KASAM, which releases the same day, and a poor showing of the film could really be fatal for wounded SUNNY DEOL! 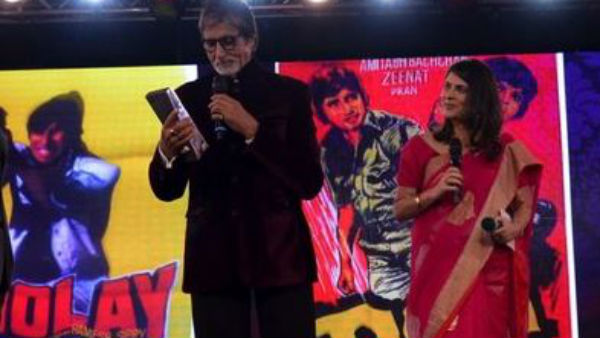 AMITABH BACHCHAN, basking in the glory of his award winning performance in Shoojit Sirkar’s PIKU, was honored with Life Time Achievment Award at NDTV’s prestigious INDIAN OF THE YEAR AWARDS. Amitabh, who’s had a long fruitful relationship with NDTV, India’s prime TV station, was joined by wife JAYA BACHCHAN, son ABHISHEIK, daughter SHWETA & son-in-law NIKHIL on the stage. DEEPIKA PADUKONE & IRFAN KHAN won the ACTOR OF THE YEAR awards for PIKU while RANVEER SINGH, who danced with FAROOQ ABDULLA on stage to Malhari… song, was honored with ENTERTAINER OF THE YEAR award. Badminton ace SAINA NEHWAL & Tennis ace SAMIA MIRZA, along with India’s former cricket captain SAURAV GANGULY, were also honored in sports section. Congratulations to all!

ANUPAM KHER is angry or as per him, very hurt & disappointed after being refused Pakistani visa to attend KARACHI LITERATURE FESTIVAL and this was the third time that a Pakistani visa has been refused to him. Addressing the media, Anupam Kher pointed out that out of 18 names submitted by Karachi Literary Festival, only he was singled out for refusal while others like actor-director NANDITA DAS, journalist BARKHA DUTT & politician SALMAN KHURSHEED were issued visas right away. Outspoken Anupam Kher, who has been championing KASHMIRI PUNDITS for some time, spoke out against those who were returning National honors, lambasted the Pakistan High Commission and refused a hastily arranged visa citing date problems, but still showed interest in visiting Pakistan in the near future. ANUPAM JI, itna GUSSA theek nahin hota!!!

Another Honor for Priyanka Chopra!!!

After winning the People’s Choice Award earlier and presenting the Best Actor Drama at SCREEN ACTORS GUILD Awards, PRIYANKA CHOPRA has now been

confirmed as one of the presenters at this year’s OSCAR AWARDS and it’s a huge honor as she would become the first Indian ever to present an award at the most glittering film award ceremony beamed to billions around the world. With Priyanka Chopra’s ABC TV series QUANTICO garnering critics & general public appreciation, PRIYANKA CHOPRA is now seen as India’s most popular Global Ambassador and no wonder she’s also the INCREDIBLE INDIA Ambassador as well. Congratulations PRIYANKA for yet another milestone! 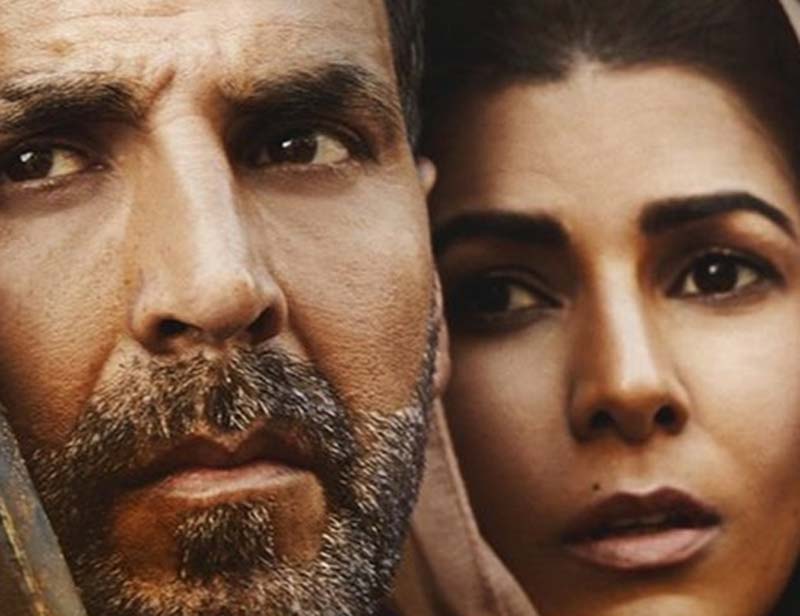 AKSHAY KUMAR & NIMRAT KAUR celebrated the success with entire unit as Raja Menon’s AIRLIFT continues to be the most popular film of 2016 and outpaced Rajkumar Hirani’s SAALA KHADOOS & Sunny Leone’s MASTIZAADE in the second week. With over Rs.185 Crores in worldwide collections, Akshay’s first release of 2016 could very well cross Rs.200 Crores and may become the second highest Akshay grosser after ROWDY RATHORE! Meanwhile, expectations are high for Sunny Deol’s GHAYAL ONCE AGAIN which would clash with SANAM TERI KASAM, riding high on Himesh Reshamiya’s music. PRAKASH RAJ has become the proud father of a baby boy at the age of 50. DEEPIKA PADUKONE is in Toronto, Canada to film FAST & FURIOUS with VIN DIESEL. VHP & BAJRANG DAL members stopped the shooting of SHAHRUKH KHAN’s RAEES in Gujarat.

Salman Khan-Sonam Kapoor starrer PREM RATAN DHAN PAYO and Ranbir Kapoor-Deepika Padukone’s TAMASHA are out on DVD and with that, it’s time to say Good `Bye but not before reminding you all to watch this week’s YAADEIN featuring JAGJIT SINGH, who would’ve been 75 on February 8th, on Sunday, Feb.6th at 1 PM on SMC#116

What is the difference between GST and PST?