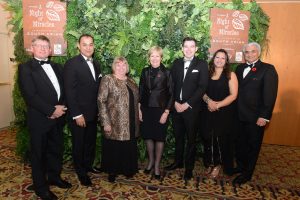 Vancouver: Members of BC’s South Asian community and other guests raised over $483,000 at the eighth annual A Night of Mira
cles (ANOM) gala on November 5 at the Vancouver Marriott Pinnacle Downtown Hotel.

The annual gala, an evening of entertainment, fine dining, philanthropy, and stories of care and treatment at BC Children’s
Hospital, inspired the generosity of the South Asian community, adding to the total of $4.2 million raised over the past eight years.

Funds raised on November 5 will support the purchase of a new state-of-the-art bronchoscopy system, telescopes and a video laryngoscopy set for the hospital’s Otolaryngology (Ear, Nose and Throat – ENT) and Respiratory specialties.

“I’m truly impressed by the generosity of the South Asian community, and its commitment to Children’s Hospital and child health,” said Teri Nicholas, president and CEO of BC Children’s Hospital Foundation. “The tireless work of volunteers, the generosity of donors and sponsors shows a deep and growing compassion for the sickest and most critically injured children in BC and the Yukon.”

Working with volunteers and donors on this gala over the last eight years has shown A Night of Miracles’ founding chair Robin Dhir that this community is committed t
o the cause for the long term. “I’m very proud of how the community works together to embrace a cause that is heartfelt for every one of us,” he said. “The first A Night of Miracles gala was the launch of a grander vision. Today, we’ve accomplished more for children at BC Children’s Hospital than any of us could have ever imagined.” 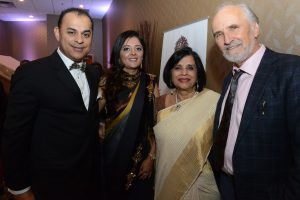 BC Minister of Justice and Attorney General Suzanne Anton joined more than 400 guests at the gala, which was emceed by Sonia Beeksma of Global BC. The gala was co-presented by returning sponsors Fasken Martineau and RBC Royal Bank. Dinner was created by Jesse Hochhaussen, executive chef of the Vancouver Marriott Pinnacle Downtown Hotel, in collaboration with Vikram Vij of Vij’s Restaurant.

The new equipment ma
kes it easier for caregivers to see inside children’s airways and examine problems such as bleeding, foreign objects, tumours or inflammation. It will be used in the current hospital and in the Teck Acute Care Centre, the heart of the new BC Children’s Hospital, when it opens in late 2017. 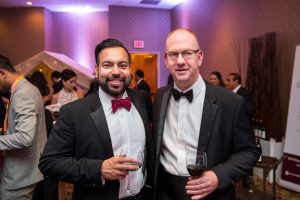 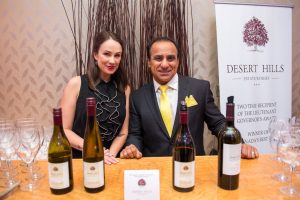