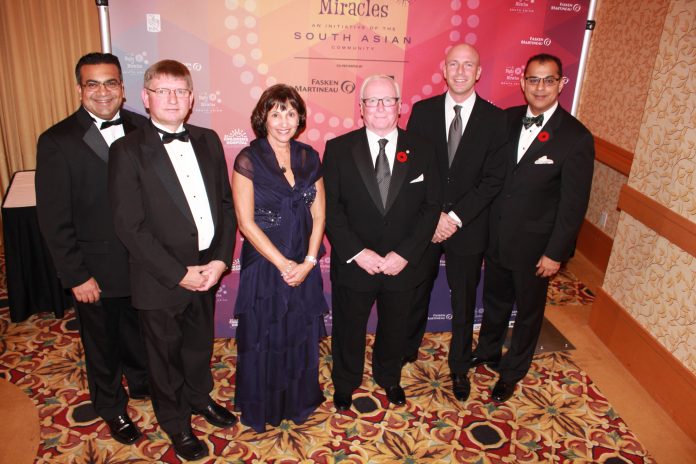 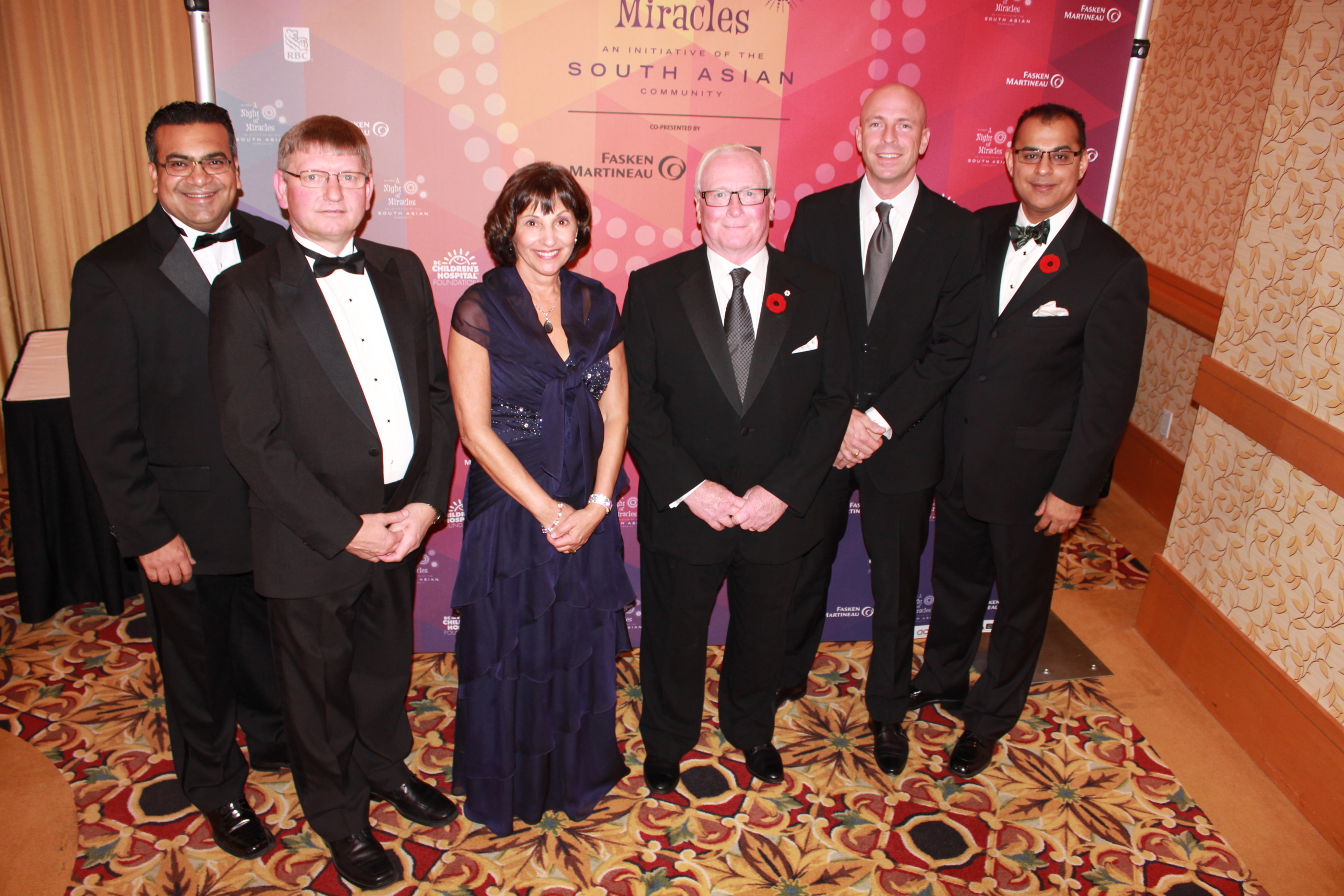 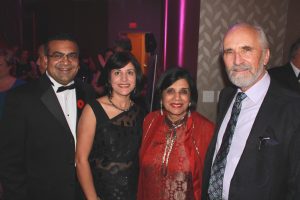 Vancouver: Members of BC’s South Asian community and other guests had three million reasons to celebrate at the sixth annual A Night of Miracles (ANOM) gala November 8 at the Vancouver Marriott Pinnacle Downtown Hotel. At the end of the evening, BC Children’s Hospital Foundation CEO Teri Nicholas, event founding chair Robin Dhir and vice-chair Vik Khanna announced that, with gala proceeds and donations ranging from $10,000 to $100,000 made by guests that evening totaling just over $800,000, the community had had completed its pledge of $3 million to support the construction of the Special Procedures Suites in the new BC Children’s Hospital. Donors Arran and Ratana Stephens helped the community reach the $3-million goal by pledging a year ago to match gifts up to $1 million, an incentive that inspired many others to give.
BC Health Minister Terry Lake, BC Advanced Education Minister Amrik Virk, BC Minister of Justice and Attorney General Suzanne Anton, and Member of Parliament Kerry-Lynne Findlay (Delta-Richmond East) joined over 400 guests to celebrate the achievement, which will be recognized in the Teck Acute Care Centre, the heart of the new BC Children’s Hospital, where the main collection of operating and procedure rooms will be called the ANOM Special Procedures Suites. The Teck Acute Care Centre is scheduled to open in 2017.
“This achievement truly reflects the generous nature of the South Asian community,” said Robin Dhir, the gala’s founding chair. “So many individuals and organizations stepped up to support BC’s children. This is clearly a cause that is of great importance not only to the South Asian community, but to all British Columbians.”
“I look forward to seeing this community’s hard work recognized in the Teck Acute Care Centre in 2017,” said Teri Nicholas, president and CEO of BC Children’s Hospital Foundation. “The ANOM Special Procedures Suites will provide a lasting reminder of the South Asian community’s commitment to our children.”
The gala was emceed by Steve Darling and Sonia Beeksma of Global BC and co-presented by returning sponsors Fasken Martineau and RBC Royal Bank. Dinner was created by Frank Gort, executive chef of the Vancouver Marriott Pinnacle Downtown Hotel, in collaboration with Vikram Vij of Vij’s Restaurant. The evening featured a preview of Goh Ballet’s Nutcracker, live and silent auctions and dancing.

About BC Children’s Hospital

Premier Clark announces a $15-million grant toward the creation of a...