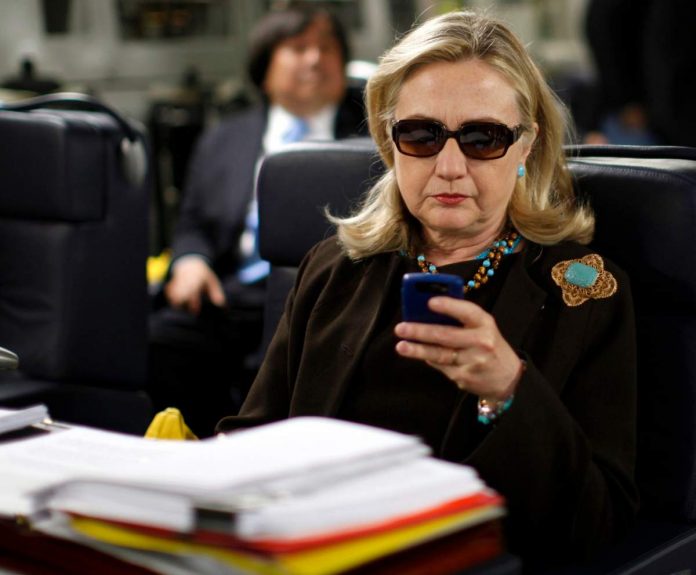 Washington, Sep 1 (IANS) It wasn’t all serious stuff that Hillary Clinton was doing as America’s top diplomat for years. There were a few fun things too as revealed by the latest cache of 7,000 emails released by the State Department.

For instance, in a March 5, 2010, email to Richard Verma, now the US ambassador to India, and another State Department staffer, Clinton asked: “Where are we on this?” about gefilte fish, the famously controversial Jewish delicacy.

The Time magazine citing Tablet magazine writer Yair Rosenberg said Clinton was asking about a blocked US shipment of carp to Israel.

In a February 27, 2010, email, a State Department help desk analyst asked if she could receive email.

“They had no idea it was YOU, just some random email address so they emailed,” Abedin wrote.

“Can you give me times for two TV shows?” she asked.

In an August 20, 2010, email to a State Department staffer, movie producer Harvey Weinstein pushed for Clinton to watch “The King’s Speech”, his film about how King George overcame his stuttering problem.

“It’s a fun movie that is much in the tradition of SHAKESPEARE IN LOVE, again I think you would both like it (and Hillary would approve because it’s PG-13 with not too many swear words,” he wrote.

Finally in a December 2010 email thread, Clinton, staffer Cheryl Mills and lawyer David Kendall joked about a news story about a man who robbed a bank wearing a Hillary mask.

“Should I be flattered? Even a little bit?” Clinton asked.

IHIT, along with Mission RCMP are asking for extra vigilance following...