For families, every little cost adds up – from where we live, to how we get to work, and what we eat for dinner. That’s why there’s no silver bullet when it comes to making life more affordable, but rather a series of actions that government can take to help British Columbians reduce costs and get ahead.

One of the steps our government is taking is lowering the price of car insurance. For years, drivers’ rates have been climbing. For some people, these rising costs have forced them to choose between life’s necessities, like paying for car insurance or buying school supplies for their kids. The old government did nothing to help. In fact, they left ICBC in such a state of financial ruin, the best way Attorney General David Eby could describe it was a “dumpster fire.”

While people’s premiums went up, ICBC’s financial health went down. We made different choices.

Last month, our government announced major changes to B.C.’s public auto insurer. By moving away from a litigation-based system to a care-based system, we’re making ICBC work for people again, not lawyers. Instead of people paying expensive lawyer and legal fees, the new system will make sure British Columbians get the care and benefits they’re entitled to – without the stress of hiring a lawyer.

This change will create approximately $1.5 billion in savings in the first year alone. We’re passing these savings entirely on to drivers to lower their rates. And, we’re going to deliver better benefits and increased peace of mind for people who are hurt in a car accident.

For new mom Joyce Yan, who lives in Port Moody, these changes will add up to something big. Starting in May 2021, ICBC’s new system will bring car insurance rates down by an average of 20%, or about $400 a year, per driver. This extra money will help Joyce’s family pay down debts sooner, buy more diapers for her baby and treat her parents to the occasional dinner for all the free babysitting they do.

In addition, there will be no basic rate increase this year. If our government hadn’t made these changes, British Columbians would have been on the hook for rate increases of up to 35% over the next five years. We’re working to make life more affordable for people, and that means slamming the brakes on out of control ICBC costs.

While the previous government treated ICBC like their personal bank machine, we’ve introduced legislation to prevent that from happening again. That means no more raiding ICBC’s surplus for government’s benefit. Instead, when ICBC has surplus available, it will be used to keep rates affordable and provide better benefits for people.

We’re working hard every day to lower the cost of living in British Columbia. Making life more affordable happens when a series of actions come together to make a real difference in people’s lives. That includes lower car insurance rates, the end of MSP fees, affordable child care and more affordable housing. And, we’re just getting started. I’m proud of the progress we’ve made together, but I know there’s still more to do. Step by step, we’re building a brighter future for everyone. 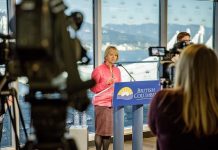 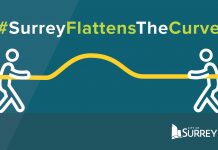 See the sign, slow down: all 35 speed cameras in place