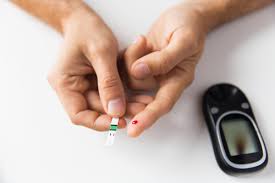 Gestational diabetes is one of the most common conditions that can occur during pregnancy. Although the symptoms generally disappear after delivery, some women may have postpartum diabetes in the following years.

In order to be able to predict in which mother the disease would manifest itself after delivery, the researchers tested various parameters that are known to play a significant role in the genesis of the disease.

“Body mass index (BMI) and genetic predisposition both play a role in our calculation, as does the question of whether the mother breastfed her baby and whether her gestational diabetes had to be treated with insulin,” said first author of the study Meike Kohler from Technische Universitat Munchen in Germany.

On the basis of these parameters, the researchers introduced a point system to enable them to predict a woman’s likelihood of developing postpartum diabetes.

For low-risk scores, the probability of developing diabetes within five years after delivery was only about eleven percent; in the medium-risk category it ranged from 29 to 64 percent, while for the highest-risk scores it was more than 80 percent.

For their study, the scientists collected data from 257 cases of gestational diabetes which occurred between 1989 and 1999 and were followed up for a period of 20 years after delivery.

“The test we developed is very easy to apply and in the future could be used in hospitals as a tool for predicting postpartum diabetes,” lead researcher Anette-Gabriele Ziegler, director of the Institute of Diabetes Research, Helmholtz Zentrum Munchen, which is one of the partners of the German Centre for Diabetes Research.

The findings were published in the journal Acta Diabetologica.

Pope Francis wanted to be a butcher