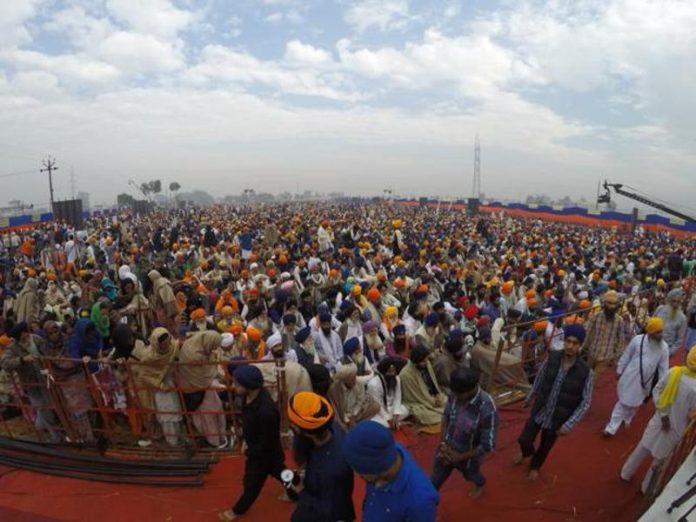 Amritsar, Nov 10 (IANS) Deepening the crisis within Sikh religious affairs, radical Sikhs on Tuesday announced the “appointment” of convicted Jagtar Singh Hawara as the Jathedar (chief) of the Akal Takht, the highest temporal seat of the Sikh religion.

The congregation of radicals also announced the “removal” of all Sikh high priests.

The appointment was announced by radical Sikh leaders during a ‘Sarbat Khalsa’ (grand assembly of Sikhs) congregation at Chaba near Amritsar on Tuesday.

Hawara is the main accused in the assassination of then Punjab chief minister Beant Singh who was killed by a human bomb in Chandigarh on August 31, 1995.

The congregation decided that the present Akal Takht Jathedar Gurbachan Singh be removed from his post and that Hawara, who is serving a life term in the Beant Singh assassination case, be appointed.

During the congregation, in view of Hawara being in prison, the leaders announced that former MP D.S. Mand would be the interim jathedar of the Akal Takht and would address the Sikh community from the shrine, located inside the Golden Temple complex, on Diwali on Wednesday.

The congregation was organised by a few radical Sikh groups.

Accusing them of “genocide of Sikhs”, the congregation named former police chief K.P.S. Gill and Operation Bluestar commander K.S. Brar, both Sikhs themselves, as ‘tankhaiya’ (person guilty of religious misconduct) and directed them to appear before the Akal Takht by November 20.