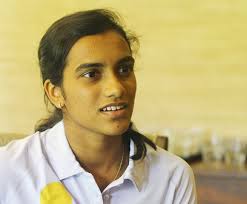 Second seed Sindhu eased past the Chinese rising star 21-14, 21-14 in the quarter-final match that lasted for 41 minutes.

This is the first time that Sindhu has gone past the second round in the French Open Superseries. The Hyderabadi dominated the match throughout, except for a brief period in the second game, against her world No. 10 rival.

It also turned out to be a sweet revenge for the Indian star, who crashed out of last week’s Denmark Open after losing to Chen in the opening round.

In the semi-finals on Saturday, Sindhu will face the winner of the match between third seed Sung Ju Hyun of South Korea and fifth seed Akane Yamaguchi of Japan. Akane had defeated another Indian Saina Nehwal in the second round.