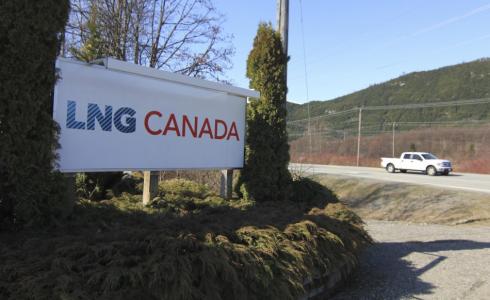 CALGARY: A multibillion-dollar liquefied natural gas project led by Royal Dutch Shell was given the environmental go-ahead on Wednesday, subject to dozens of conditions.

The LNG Canada project, planned for Kitimat B.C., obtained the blessing of both the federal and British Columbia governments following a streamlined review process.

The federal government has decided the environmental impacts of the LNG Canada project are justified in the circumstances, Environment Minister Leona Aglukkaq said in a release.

“The LNG Canada Export Terminal Project underwent a thorough science-based environmental assessment conducted by the Government of British Columbia, which included extensive and meaningful consultations with the public and aboriginal groups,” Aglukkaq said.

The provincial approval comes with 24 conditions dealing with greenhouse gases, wildlife impacts and aboriginal consultation, among other things.

LNG Canada is the first project to be granted a certificate under a single review process that meets both federal and B.C. requirements. The “substituted” environmental assessment is meant to eliminate duplication between federal and provincial processes.

The LNG Canada partners _ Shell and companies from Japan, China and Korea _ still have a lot of work ahead. They must determine whether moving forward with the project makes business sense and they aim to make a final investment decision next year.

“We have made significant progress to advance our project over the past year,” LNG Canada CEO Andy Calitz said in a release.

“Receiving both provincial and federal approval of our environmental assessment is a critical milestone on our path to making a final investment decision. We could not have achieved this without input from the local community of Kitimat and First Nations, and we appreciate the local knowledge they shared with us.”

LNG Canada expects 7,500 workers will be employed during peak construction and an estimated $8 billion will be spent on goods and services within Canada, including $3 billion in B.C.

There are 19 projects currently proposed for the West Coast, but observers only expect a handful to be built.

Pacific NorthWest LNG, led by Malaysia’s Petronas, formally decided to move ahead with its project near Prince Rupert, B.C.. But its final investment decision hinges on obtaining federal environmental approval and a development agreement with the B.C. government passing in the provincial legislature.