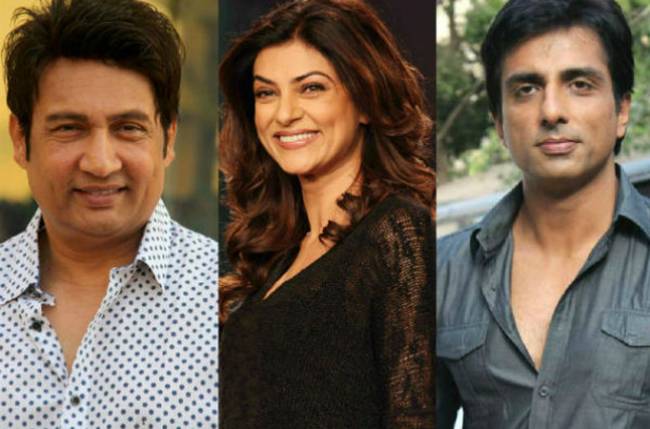 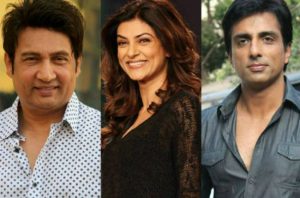 Mumbai, Aug 10 (IANS) New comedy show “Comedy Superstar” is gearing up to air on SAB TV which has an interesting set of judges led by Bengali beauty Sushmita Sen and includes Shekhar Suman and Sonu Sood.

The show is all set to be launched on August 22 and will be telecast on Saturdays and Sundays at 10 p.m.

The show’s tagline says “Hum Khojenge India Ka No.1 Entertainer” and offers a platform to aspiring standup comedians to showcase their entertaining skills.

Speaking at a press conference to promote the show, Sushmita said: “We’ve been given the name – mind, body and soul. So no prizes for guessing, I’m the soul.”

She pointed to Sonu as the body obviously for his macho physique and Shekhar as mind for his wit.

“There was one reason for doing the show, the first reason- whenever people watch television or films or when they read newspapers, all the news are extremely negative and depressing. Very rarely do you get an opportunity to make people happy and feel them laughing, even if it is in their living rooms,” she said.

All the three have initials ‘SS’. All the three of them also have association with comedy and hence apt as judges.

Shekhar Suman is particularly known for his comic timing having judged numerous comedy shows over the years, particularly the one which identified talents like Kapil Sharma and Raju Shrivastav, who are renowned comedians today. Sushmita too has displayed her comic talent in “Main Hoon Na” and “Maine Pyar Kyun Kiya” among others. Sonu recently tickled viewers’ funny bone as a hearing-impaired person in “Happy New Year”.