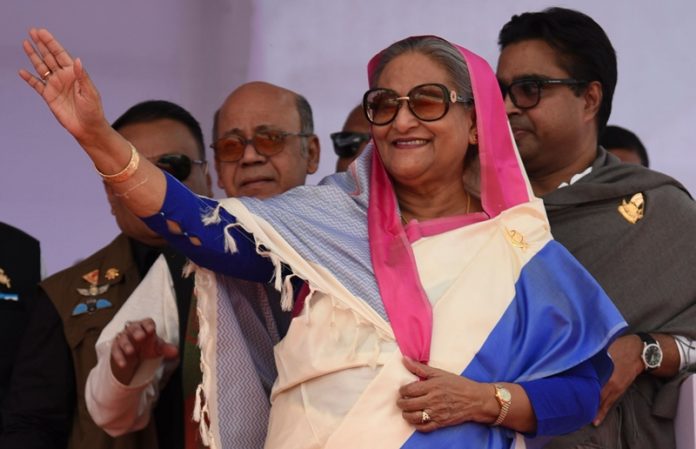 Dhaka: Sheikh Hasina was sworn in as Bangladesh’s prime minister for a third consecutive term on Monday after her Awami League’s landslide victory in the December 30 election.

Hasina will lead a Cabinet of 24 ministers, 19 ministers of state and three state ministers. Her ruling Grand Alliance won 96 per cent of the seats contested in the election, which was marred by accusations of ballot stuffing, voter intimidation and violence. Hasina and her ruling party have dismissed the accusations.

Hasina’s cabinet is mostly made up of new faces. Thirty-one members of the new Cabinet are first-timers. The Cabinet exclusively consists of members of the Awami League. On Thursday, she was chosen as the leader of the House for the fourth time.

Hasina, the daughter of Bangladesh’s founder Bangabandhu Sheikh Mujibur Rahman, is termed by many as the country’s iron lady. Several veterans were dropped from the council of ministers amid speculation about the inductions as major portfolios like defence were retained by Hasina herself.

The Jatiya Party, a key partner in the Awami League-led Grand Alliance of Hasina, on Friday decided to occupy the opposition benches in Parliament after the main opposition BNP led by ex-premier Khaleda Zia rejected the results of the general election.