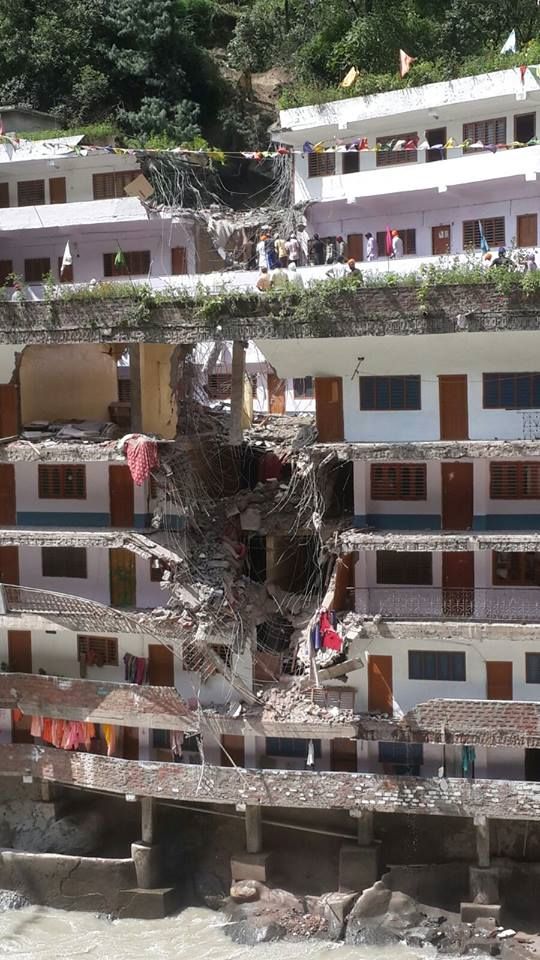 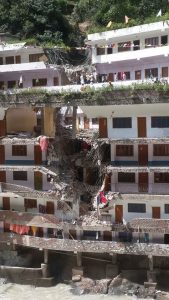 Kullu, Aug 18 (IANS) Ten people were killed and nine injured on Tuesday when boulders and debris rolled down a hillside onto a famous Sikh shrine at Manikaran Sahib in Kullu district of Himachal Pradesh, officials said. The sanctum sanctorum is safe.

“Part of the residential area in the shrine is badly damaged,” Deputy Commissioner Rakesh Kanwar told IANS over phone.

A mound of boulders and debris from the hill atop the eight-storeyed residential complex got dislodged due to the recent heavy rain and struck it around 2 p.m.

Rescue personnel from the Sashastra Seema Bal (SSB), police and the Indo-Tibetan Border Police (ITBP) were involved in the relief and rescue operation.

SSB official Sandeep Yadav told reporters that a huge boulder hit the building, badly damaging 3-4 rooms in four floors. A majority of the debris fell into the Parvati river, flowing near the building.

He said the entire area has been vacated as there were chances of more landslides.

Rescue worker Pankaj Goswami said there was a stampede-like condition at the time of the incident.

He said there were no details about the number of people staying in the residential complex at the time of the landslide.

“At present, a search is on to locate the people, if any, buried under the mound of debris,” he added.

Official sources said the sanctum sanctorum and the Hindu temple located in its vicinity were safe.

The Manikaran shrine, located in the Parvati Valley along the banks of the Parvati river, is some 50 km from the Kullu district headquarters and 250 from state capital Shimla.

The river is also on spate these days due to heavy rain in its catchment.

The area is also known for its hot springs of water with high sulphur concentration.

This was a second major tragedy in the vicinity of the Manikaran shrine.

An overcrowded tourist bus from Punjab bound for the Sikh shrine with 69 passengers onboard skidded off the road and fell into the swollen Parvati river on July 23.

Eighteen bodies have been taken out so far, while 23 were rescued. The remaining 28 people and the bus are still missing.