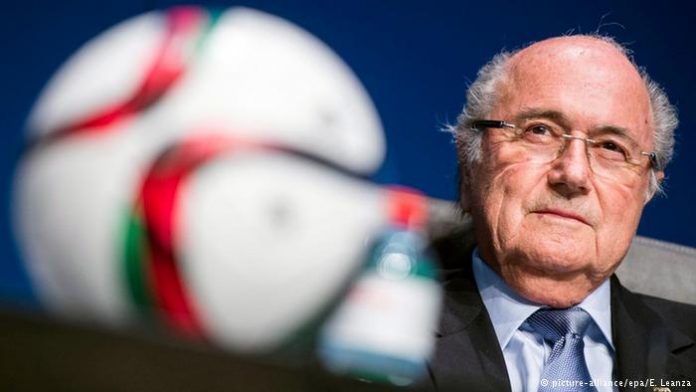 Zurich, June 2 (IANS) FIFA president Sepp Blatter on Tuesday announced he will step down from world football’s governing body amid a corruption scandal, and also called for an extraordinary congress “as early as possible” at which a successor will be elected.

The Swiss announced his decision at a hastily-arranged press conference on Tuesday after his secretary-general Jerome Valcke was earlier implicated in the US Department of Justice’s investigations into a $10 million payment to indicted former FIFA vice-president Jack Warner.

“I have thoroughly thought about my presidency and the 40 years FIFA has played in my life. I love FIFA more than anything else and I only want to do the best. I decided to stand again for election for the good of football,” Blatter said.

“My mandate does not appear to be supported by everybody. This is why I will call an extraordinary meeting. I will organise extraordinary congress for a replacement for me as president. I will not stand.”

“I am now free from the constraints of an election. I will be in a position to focus on profound reforms. For many years we have called for reforms. But these are not sufficient. We need a limitation on mandates and terms of office. I have fought for these changes but my efforts have been counteracted,” he added.

Blatter has been president since 1998, and was re-elected for a fifth term only four days before his resignation. He was re-elected despite seven top FIFA officials being arrested among 14 indicted two days before the vote as part of a US prosecution.

Blatter said the FIFA executive committee should swiftly organise a congress to elect his successor.

“The next ordinary FIFA congress will take place on 13 May, 2016 in Mexico City,” he said.

“This would create unnecessary delay and I will urge the executive committee to organise an extraordinary congress for the election of my successor at the earliest opportunity.

This will need to be done in line withAFIFA’s statutes and we must allow enough time for the “best candidates to present themselves and to campaign”.

The congress is expected to take place between December 2015 and March 2016.

FIFA was rocked last week by the fresh charges of corruption scandal as part of a US prosecution that also indicted 14 people.

A separate criminal investigation was launched by the Swiss authorities into how the 2018 and 2022 World Cups were allocated to Russia and Qatar, respectively.