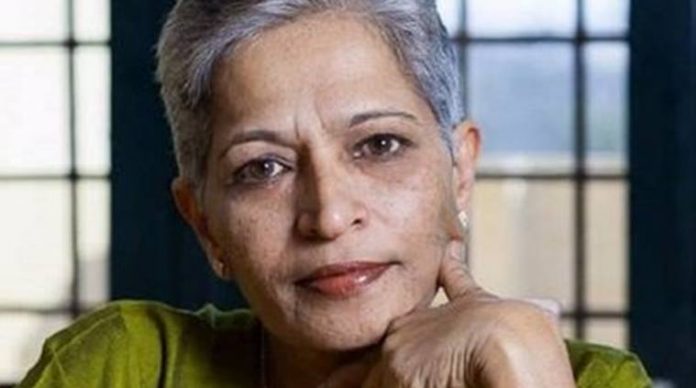 “She was shot dead from a close range at her house in Rajarajeshwari Nagar (in the suburbs) around 8 p.m.,” Bengaluru Police Commissioner T. Suneel Kumar told reporters here.

According to initial reports, three unidentified assailants fired three to five bullets at Lankesh, with one hitting her in the forehead and another in the chest, and fled as she collapsed on the spot.

“We will register a case of murder under Section 320 of the Indian Penal Code and set up a special team to nab her killers,” a police official told IANS.

Lankesh was Editor of the weekly Kannada tabloid Lankesh Patrika.

“Within minutes, seven rounds were fired at close range. She was attacked outside her residence. As she had not sought police protection, no security was provided to her,” Reddy said.

Chief Minister Siddaramaiah condemned the crime. “Absolutely shocked to learn about the murder of renowned journalist Gauri Lankesh. I have no words to condemn this heinous crime,” he tweeted.

“Gauri was an advocate of secularism. She fought against injustice,” he told the media here.

“Police has formed three teams and begun investigations,” Siddaramaiah said, adding that he had directed police to nab the killers at the earliest.

The manner in which Lankesh was shot dead was reminiscent of the way Kannada progressive thinker and researcher M.M. Kalburgi was shot dead in August 2015 at his residence in Dharwad in the state’s northwest region, about 400km from Bengaluru.