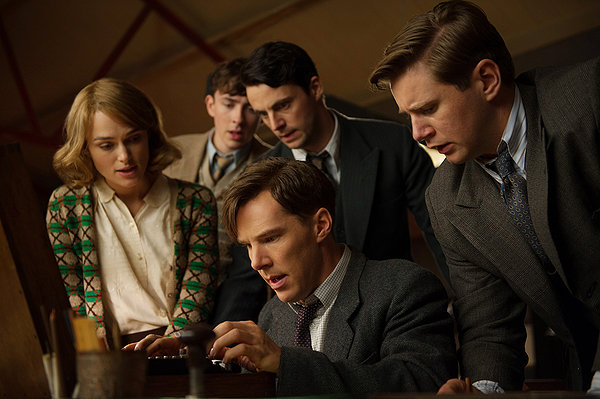 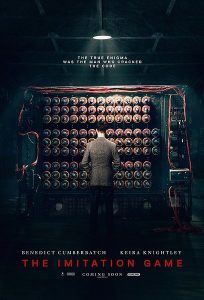 Do what you must to survive. Go back in time to Britain’s darkest hour to see the best of stiff upper lip resolve courtesy of EOne Films in The Imitation Game. Brace yourselves for dynamic performances in This jarring and insightful look at a Real event and pivotal moment In History. Smart folks into history, spying and our very survival must (not should) head down to the Park Theatre in Vancouver.
Action here centers on the Second World War with Adolf Hitler’s killing machine quickly engulfing free Europe. Fearful of defer the British government pulls out all the stops to get an upper hand in a seemingly losing battle Under top secret orders a clandestine team of academics and statisticians are assembled in an effort to crack the German miliItaly codes that are having amazing success on the battlefield. Called Enigma this German made cipher machine seems unbeatable
Among those brought In by the government and MI6 is one Alan Turning. Mystery surrounds this nerdy upstart
professor who, as portrayed in Oscar calibre fashion by Benedict Cumberbatch, is as cold,aloof and off standish as can be. Nobody likes this guy which comes through loud and clear.
Suspense abounds in This movie and you can cut the tension with a knife. Time is of the essence and director Morten Tyldum pulls off a tremendously exciting version of a real story that spans a years. And as if this isn’t enough excitement Turning’s personal life comes into play in another strange twist .
Fully engaging at its 114 minute running time The Imitation Game offers top notch performances with a stellar supporting cast including Mark Strong as a suave MI6 operative, Charles Dance as a stuffy commanding officer and Keira Knightley as the token woman on the team. Different Personalities collide often in this marvellous look at one man who. Against all odds, made a
difference and to whom we likely owe all our lives.