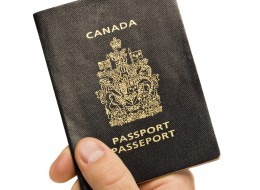 By Stephanie Levitz, The Canadian Press
Ottawa: Resolving to become a Canadian citizen in 2015? It’s going to be more expensive.
For the second time in a year, the Conservative government has hiked the fee it charges to make someone a citizen.
The new price for processing citizenship documents has been set at $530 as of Jan. 1, up from the formerly new price set last February of $300.
The government has been angling to increase citizenship fees for some time, arguing would-be citizens should cover more of the cost of processing their applications.
In an analysis of the new fees, the Citizenship and Immigration Department says the higher price will allow it to recoup almost all of the $555 in costs.
Put another way, the government says that’s an estimated $41 million it won’t have to spend.
In its analysis, the department said the fee jump may impose additional financial pressures on some people or families.
“While the analysis assumes that there will not be a reduction in overall demand for citizenship as a result of the fee increase, it is acknowledged that some may be required to delay their application as they will need more time to save for the new fee,” the analysis says.
“Overall, in the long term, this will likely not have a significant impact on the uptake for citizenship.”
When citizenship processing fees were first increased from $100 to $300 in February, it was the first time since 1995 there had been a raise.
Then, opposition politicians slammed the jump for appearing haphazard, arguing no specific justification was given for setting the new price.
At the time, the government argued raising the fee to cover the full cost of processing would be going too far.
“Increasing the service fees for grant and resumption applications to reflect 100 per cent cost recovery would have imposed too large a fee increase and too much hardship on applicants,” the department said in its analysis for that fee change.
The new fee structure is in addition to the $100 right-of-citizenship fee which gets returned if a citizenship application is not accepted.
Anyone who applied for citizenship prior to Jan. 1 2015 will still pay the old fee.
The opposition also said that it was unfair to hike fees when people were waiting years to receive their citizenship; at the end of 2013, the backlog of cases was close to 400,000 cases.
But with the new fees comes a promise by the government that they’re making headway on cutting through the pile.
The department says wait times for new citizens will fall to under 12 months at some point in the next fiscal year.