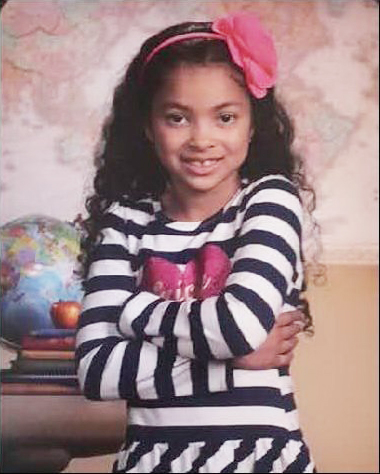 Langley:  A woman has been arrested and charged with second degree murder in connection with the homicide of Aaliyah Rosa.

On July 22, at about 9:30 p.m., emergency services were called to an apartment building near 200th Street and 68th Avenue in Langley, B.C. where they found 7-year-old Aaliyah Rosa deceased.  Aaliyah’s death was deemed a homicide and the Integrated Homicide Investigation Team (IHIT) took conduct of the case.

Investigators quickly determined that this was an isolated incident and there was no risk to public safety.

Since the initial deployment, IHIT and its partners worked tirelessly to collect and compile all the evidence for charge approval consideration to crown counsel.  An extensive neighbourhood canvass was undertaken and numerous interviews were conducted.

On August 17, Aaliyah’s 36-year-old mother, Kerryann Lewis, was arrested and charged with second degree murder for her death.

Ms. Lewis will appear before a judge in B.C. Provincial Court on August 20.

“This was a tragic case that shocked the community,” says Corporal Frank Jang of IHIT.  “Our deepest condolences go out to the family of Aaliyah Rosa and we hope that we were able to provide some answers to her family.”

Anyone with information, who have yet to come forward to police, is asked to call the IHIT information line at 1-877-551-IHIT (4448) or by email at ihitinfo@rcmp-grc.gc.ca

Abadi to be next Iraq PM; Maliki refuses to back down