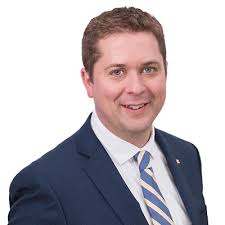 “The Trudeau Liberal government has been particularly careless on this front,” said Scheer at the Montreal Chamber of Commerce. “Just recently a Quebec company made headlines, but they are not the only casualty to this crime. Many Canadian companies are at risk of being the next victims of these criminals.”

Increasingly, parts of our lives, important interactions and transactions are moved online. Paying your monthly bills, transferring money between accounts, making large purchases, and investing is all done with the click of a button or the tap of a device. It is vital, that the government adopt new policies and keep up with technology to make sure that Canadians – their money and their personal information – is protected.

A Conservative government would take a three-pronged approach to this issue: sensible regulation, standards and education to ensure that consumers can make informed decisions, and strong oversight at the highest levels of government.