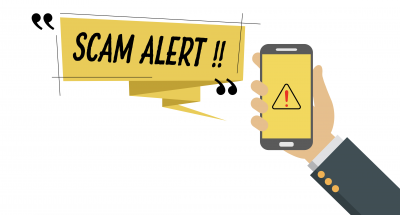 A newcomer to Canada, who had managed to save $6,000 after working in Delta at a fast food restaurant for six months, has unfortunately fallen victim to a scam. The scammer pretended to be a police officer investigating the woman for money laundering.

“Unfortunately the woman was convinced she was talking to a police officer, and was instructed to purchase $6,000 worth of bitcoins, which she did through a machine in Surrey,” says Cris Leykauf, spokesperson for Delta Police.

“We’re asking for assistance in spreading the word to media outlets and organizations who work with newcomers to Canada, to help educate people,” says Leykauf. “Canadian police officers will never call you and ask for or demand payment. If this happens to you, it is a scam. Hang up immediately.”

In this instance the number appeared to come from Department of Services Canada. However, there are a number of apps that will spoof phone numbers, and Delta Police Department’s non-emergency number has been used in this way in the past by scammers.

Unfortunately bitcoin deposits are not traceable, and can be accessed by a fraudster located anywhere in the world. Scammers also often request payment through gift cards as well. Of note, governments in Canada do not ask for payment via bitcoin or gift cards.

Tackling the housing crisis head-on, so people can afford a place...