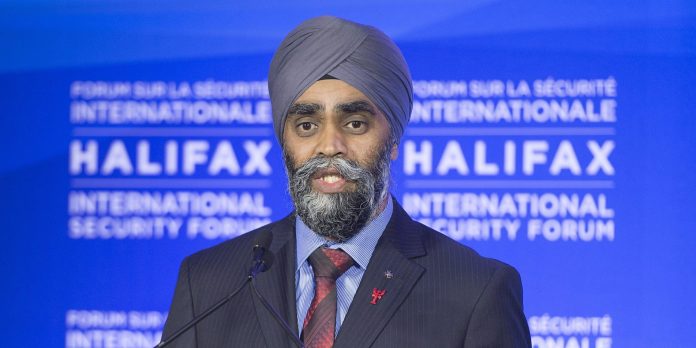 OTTAWA: Canada’s defence minister has signalled that the F-35 will not be excluded from the forthcoming competition to replace the air force’s aging fleet of fighter jets.

One of the new Liberal government’s main campaign pledges was to buy a less expensive aircraft and plow the savings from the stealth fighter program into the navy.

But Harjit Sajjan says he is focused on finding the best aircraft to replace the country’s CF-18 jets before they reach the end of their useful service life.

Speaking on a conference call from Iraq, he said was asked twice whether the F-35 is being excluded from the open competition the Liberals plan to run and in each case he ducked the question.

Sajjan did say that the military is reviewing the basic requirements for the fighter, a document that is steeped in controversy since a scathing auditor general’s report forced the Harper government to put the $44 billion program on hold.

Michael Ferguson’s 2012 investigation found that the statement of requirements, an important document that sets out what the military needs in a piece of equipment, was written after the Conservative government had signalled its intention to buy the F-35.

Indian-American killed, another injured in US shootings