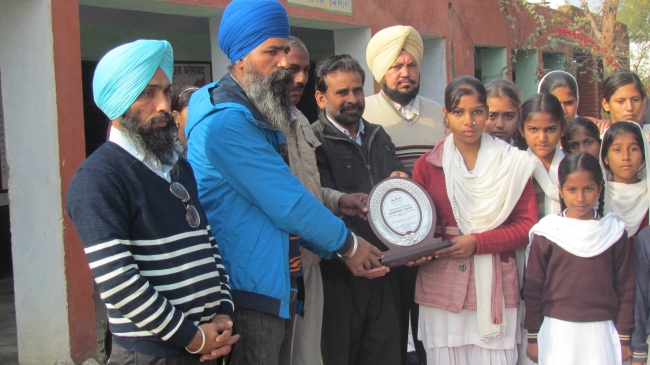 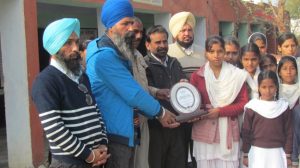 Harpreet Kaur Malkat, a 14 year-old girl from Haryana, has recently become a local celebrity in her village. She is constantly approached by village elders and politicians who wish to thank her for her efforts to improve their village. All of this began in December of 2015, when Harpreet wrote a letter to Prime Minister Modi, urging him to change her village’s name, Ganda, which is located under Ratia block in Haryana’s Fatehabad district. Ganda, which means “dirty” was a source of shame and embarrassment for the villagers, including Harpreet, who was tired of being teased and insulted. The village’s panchayat has been attempting to change the name for 27 years, but the issue failed to garner any serious attention and previous proposals for a name change have been ignored by the Haryana state government.

Harpreet decided to take the matter into her own hands and appeal to Prime Minister Modi directly by writing a letter. The Prime Minister’s office responded to her letter and urged the Haryana government to look into the possibility of a name change. Earlier this month, they approved the renaming and forwarded the proposal to the Union home ministry for finalization. The entire village is very thankful to Harpreet.

Ganda village will soon be renamed Ajit Nagar, after the eldest son of Guru Gobind Singh.

Aside from the name change, Harpreet also brought other significant issues to the attention of the Prime Minister, including the lack of security for the government girls’ school and the need for a veterinary hospital in her village. She plans on continuing her fight and doing everything she can to help address the problems affecting her village.

After hearing about her efforts, SAF Canada, a Canadian Charity based in Surrey, BC, decided to present Harpreet with an award recognizing her bravery, confidence, and passion towards improving the lives of the members of her community. SAF Canada has been working in India since 2014. They provide aid to children, families, and individuals in need across the subcontinent through various initiatives such as monthly aid programs for single mothers and elderly couples, funding for children’s education, as well as rebuilding and repairing houses. Over the past 3 years, SAF Canada has managed to provide 10 families with decent housing conditions through this program, which often requires installing proper sanitation facilities, repairing unsafe infrastructure, and building the family a basic kitchen.

Harpreet also lives in house that is in desperate need of repair. She lives with her parents and 3 siblings in a tiny, cramped, and dilapidated single room house. When SAF Canada met Harpreet and saw her family’s living conditions, they decided to rebuild and repair Harpreet’s home as well. The project has been approved and SAF Canada will soon begin construction. They will be repairing the floors and walls, installing a functioning toilet, and building a kitchen with a connection to gas.

“It is important to support young girls like Harpreet and encourage them to uplift their communities,” said Shamandeep Singh, founder of SAF Canada. “We want girls in India and around the world to know that their efforts to change their lives do matter and we are here to support them. We wanted to give Harpreet a safe and decent place to live and hope she will continue working towards the betterment of her village.”

If you are interested in learning more about SAF Canada and their work, please visit their www.safcanada.org or their Facebook page www.facebook.com/sikhiawarenessfoundation.