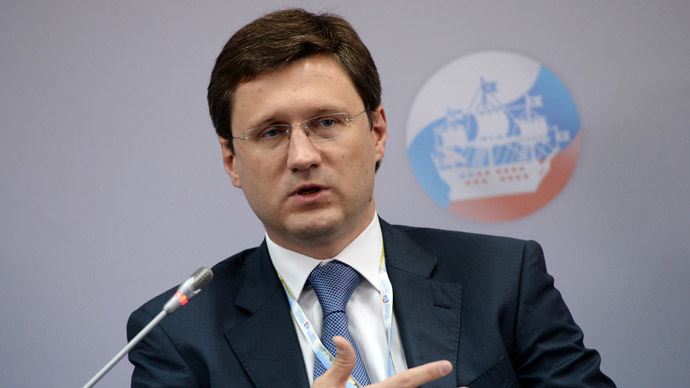 “This is what we can do to stabilise the world market,” Xinhua quoted Novak as telling Russian TV channel Rossiya 24.

Many members of the Organization of Petroleum Exporting Countries(OPEC) exceed their production quotas, Novak said, adding that it is highly impossible for the OPEC countries to agree on oil production cuts.

OPEC members will meet in Vienna Thursday to discuss whether the organisation, which pumps a third of the world’s crude, would cut its production. So far OPEC members have been divided on the issue.

According to a report of Bank of America, OPEC may cut its output target by no more than 500,000 barrels a day.

Meanwhile, Pavel Zavalny, deputy chairman of Russian State Duma’s energy committee, Monday stressed the need for Russia to join the OPEC if the organisation decides to reduce the amount of oil extraction.

Cutting the amount of oil extraction is necessary because “all the players are interested in not having such price leaps,” RIA Novosti news agency quoted Zavalny as saying.

However, he agreed with Novak that it is “practically impossible” to lower oil production, because relevant regulations are written in contract and need to be discussed whether to make changes.

The falling oil price has cost Russia up to $100 billion a year, Finance Minister Anton Siluanov said Monday at an international financial and economic forum in Moscow.

Ruble depreciation has paralleled the 30 percent fall in price of Brent crude oil since the start of 2014, he added.

Russian ruble has lost more than a quarter of its value since the start of 2014 due to weakness in the Russian economy, which was caused by falling oil prices and economic sanctions imposed by the US and its allies.