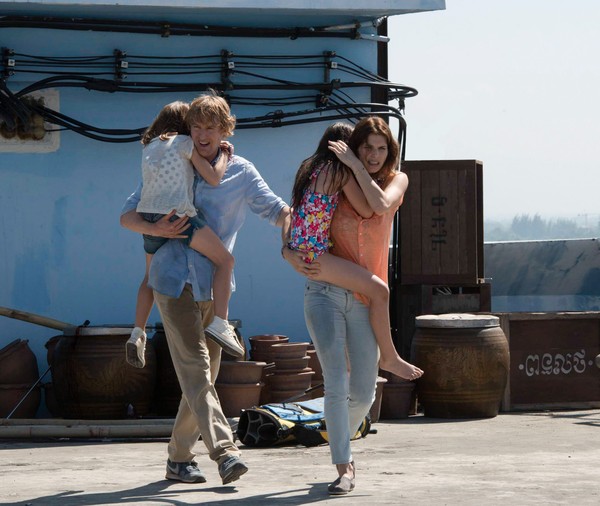 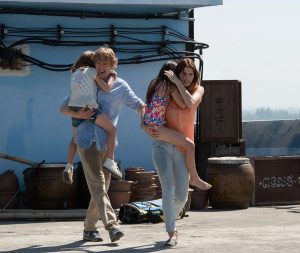 Travel can be pleasant or tumultuous. A change of scenery proves disastrous for a family of four hoping to start over in No Escape. Head down to your neighbourhood Cineplex Odeon theatre to take In This timely and topical 108 minute thriller from VVS Films.
Being a man and heading a young family can be trying. Out to better his life and make things easier for his wife and kids is Jack Dwyer. Known for his comedy actor Owen Wilson (Starsky and Hutch) comes on strong as a realistic dad and husband who finds his world in peril on a job finding mission in Asia.
New jobs have their ups and downs but the Dwyers run smack dab into a revolution. Left to their own devices the parents embark on a dangerous course to elude rebels and safeguard the lives of their young daughters. Equally strong in her role as a caring mom is Lake Bell whose nervous exterior conveys just the right amount of fear.
Despite a few hard to believe stunts much of No Escape is exciting. Writer/director Erick Dowdle conveys just the right amount of fear and desperation to make this film believable and tense. Even the presence of James Bond (aka Pierce Brosnan) adds to the appeal of this murky little thriller designed to leave folks shaken and stirred minus the tuxedo trappings.