Hollywood superstar Robert Downey Jr and his wife Susan are set to produce “Sweet Tooth” series for Netflix. The streamer has given an eight-episode series order for the live-action drama series based on DC characters created by Jeff Lemire.
Jim Mickle and Beth Schwartz will pen the script, executive produce and serve as co-showrunners. Mickle will helm the series. Described as a “broad appeal, family-friendly, storybook adventure”, the story is about Gus, a part deer, part boy, who leaves his home in the forest to find the outside world ravaged by a cataclysmic event.
“He joins a ragtag family of humans and animal-children hybrids like himself in search of answers about this new world and the mystery behind his hybrid origins,” the official plotline of the series read.
The show will feature Christian Convery, Nonso Anozie, Adeel Akhtar and Will Forte, with veteran actor James Brolin serving as the narrator. The project will be produced by Team Downey in association with Warner Bros. Television. Evan Moore will produce for Team Downey. 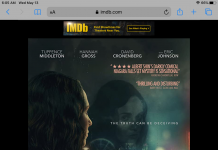